The adjustment of the Webb Telescope's (JWST) mirrors and instruments is now complete. This means that the telescope can take images in optimal sharpness with all cameras, which is demonstrated in the image that NASA has released. The telescope is now ready to begin the final preparations before it can be used by avid astronomers. In this final step, each instrument will be tested in all possible modes to ensure that it is ready for the scientific observations. 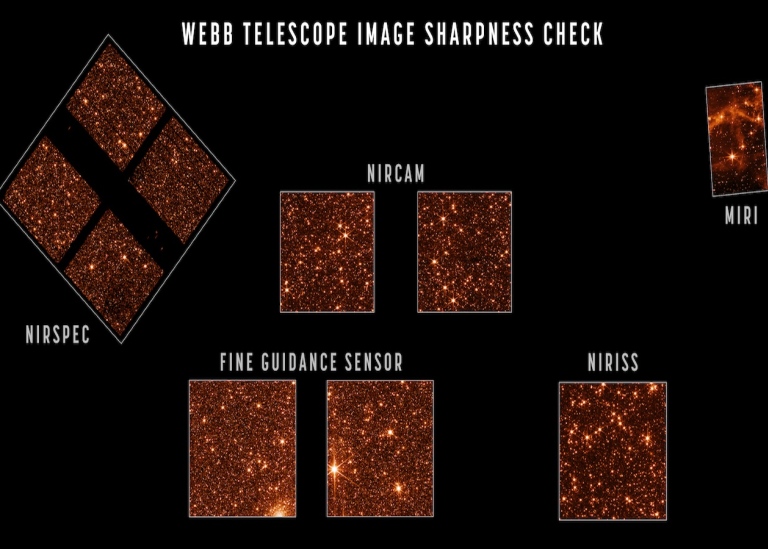 The images show part of the Large Magellanic Cloud, a satellite galaxy to the Milky Way. Each image is taken with different instruments / cameras on the James Webb telescope and shows a number of stars, each of which can be distinguished in the extremely high-resolution images. In the picture taken with MIRI, you can also see radiation from interstellar dust in the galaxy. The fantastically sharp images show that the setup phase for the Webb telescope has gone very well and bodes well for future observations.

Researchers from the Department of Astronomy at Stockholm University are involved in a number of JWST projects that, starting this summer, will have their observations implemented. The scientific goals of these projects include exoplanets, supernovae, star clusters, and the very first galaxies. Researchers from the department are also part of the consortium that built MIRI, and are thus part of an international research team that has direct access to data from this instrument.