The overall purpose of the doctoral thesis "The Road From Damascus: New Arrival Immigrant Families and The Swedish Preschool", was to investigate the newly arrived immigrant families’ perceptions of the Swedish preschool. 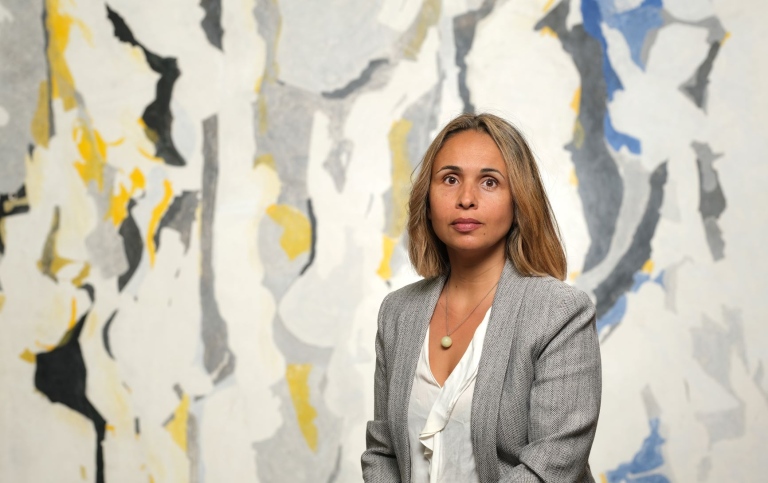 Wiji Bohme Shomary, PhD Early Childhood Education, has recently published her thesis on newly arrived immigrant families' perceptions of Swedish preschool. The study focuses on two main themes; language learning and belonging, and shows how these are used in the expression and fulfillment of power of action.
The study is empirically based and the analysis includes texts produced by newly arrived Syrian families as well as policy documents, government inquiry reports and government bills dealing with preschool in relation to immigration.

Why did you choose this theme as a research area?

- I was admitted to the PhD program in 2016, during the period when many refugees came to Sweden from Syria. There were also few studies that addressed the perspectives of newly arrived immigrant parents about Swedish preschool, so there was a need for it.
What perceptions do newly arrived immigrant families have of Swedish preschool in contrast to the Swedish state’s?

- The difference between the state and the parents was that the Swedish state wants children to be taught in Swedish and their mother tongue, while the parents mainly talked about teaching the children Swedish and did not write that the preschool's task should be to teach the children Arabic or their culture, they could do that at home.

- A perception that exists in the state discourse is that parents do not get involved that much, but the study shows that the parents are very active during their children's time at preschool. They negotiate with the teachers about what they want the children to do in preschool, they want to understand and they appreciate a lot of of what happens in the Swedish preschool, e.g. everyday practices such as learning to dress and eatby yourself. This independence is raised a lot. At the same time, they experience this independence as somewhat demanding as the children can compare home with preschool and question their parents. The children also get to gain a lot of agency by going to preschool.

How has language learning (Swedish and mother tongue) and belonging worked for the families?

- Two themes arose from the parents' side; one was the learning of Swedish , the other was belonging. ‘Belonging’ for their children's was about being ablke to be with other children. ‘Belonging’ for the parentswas partly purely physical belonging, that they indicate that they are here in Sweden, that they go with their children to preschool for example, but also the ethical  belonging that exists in their home countries, such as respect towards the teacher and towards the elderly . They compare their own upbringing with how their children are now growing up.
For example, how children in the Swedish preschool address the teachers by first name, not as "miss" or "mister". In their countries, they must show respect for the elderly. At the same time, they show appreciation for it, the teachers are counted as a family member and it reduces distance. They feel that the children are allowed to explore the world outside the preschool. In their home countries, children are at home for much longer and it takes longer for them to get to know the world around them.

- One of the parents says that she feels safe here in Sweden, she is safe from war, but on the other hand she feels insecure in meetings with the preschool teachers, doctors or neighbours. She feels watched over and is afraid that the authorities will take her children. Another parent tells of a preschool teacher who asked about a child's fears before a film screening of the ghost Kasper and when the mother assured that the child was not afraid of ghosts, the teacher started asking more about the children's fears and if it could be due to the parents, which upset the mother when she felt criticized and watched over.

- The preschool teachers are good at taking into account food or religious preferences, but when it comes to the parents' wishes that their children should play more with Swedish children and do things that make them more involved in the Swedish-speaking children's activities, then the preschool teacher takes on an expert role and does not take into account their wishes.

Something that surprised you during the study?

- One thing I was surprised about was that the parents emphasis on learning the Swedish language as being very important. I had not asked them to write about this, but almost every parent wrote about it and it was an important finding in the study.

- I was also surprised by the similarities that existed between the state's preschool discourse and the parents', such as the importance of preschool as a place where children can learn Swedish and meet Swedish children.

What has been the most fun with your thesis work?

- The analysis! To look at what the parents write and look at the state discourse and see that there are similarities, but also differences. That the state discourse sees that the parents are in need of something, such as extra support and help, but the parents do not see themselves as such. Immigrant children are categorized along with children who need extra help and support. It is a problem for the children to get a different kind of teaching in the preschool. The Swedish-speaking children receive a form of teaching where the children are encouraged to be active and exploratory, while the newly arrived immigrant children receive a teaching that focuses more on what they need for support and help, instead of what they can do.

An important finding in the study is the enormous agency that the parents demonstrate in their interactions with the preschool. In the state discourse, the immigrant parents are presented as a group without agency and who are in need, together with their children, of support and help. For parents, learning the Swedish language is a matter of their children's development and well-being. While in state discourse, language learning is presented as a matter that meets the need to counter social phenomena.

- Another important finding in the study is that there is a contradiction in that the state discourse wants the preschool to be a culturally linguistic and diverse place, but in practice it is very monocultural and monolinguistic. They are other researchers who have written about this and it is also confirmed in my study.

Wiji Bohme Shomary's doctoral theses can be found in at DiVA: The Road From Damascus: New Arrival Immigrant Families and The Swedish Preschool.