A warm welcome to the 2022 EARLI SIG 9 conference, held at Stockholm University in Sweden, August 24th-26th.

The city of Stockholm. Photo: Mostphotos

We are looking forward to three stimulating days where we can present and discuss research, think together around important topics related to the field, network with colleagues, and plan ahead together.

We also hope to create possibilities for new ideas and collaborations to grow – both within the developing field of phenomenography and variation theory research and in relation to other research traditions.

The theme for the conference is Phenomenography and variation theory in practice – addressing educational challenges in a changing world. The world is rapidly changing and issues such as war, climate change, spread of misinformation, refugee crisis, racial injustice and the pandemic become increasingly interwoven with debates about the nature and purpose of education. Such a changing world presents new educational challenges.

The SIG 9 conference therefore offers the opportunity to explore how phenomenography and variation theory can address such educational challenges in conceptual as well as methodological terms.

We have the privilege to present two keynote speakers for the conference: Ulla Runesson and Jennifer Case.

The impact of phenomenography and variation theory on addressing educational challenges? Looking back – and forward

One of the most important challenges in education is to help learners to handle novel situations in powerful ways (Marton, 2015). Contributing with knowledge that can help educators encountering these challenges is the ultimate aim for the phenomenographic research approach and its theoretical extension, variation theory (PHVT).

In my keynote I will look back on four decades of PHVT research and give personal reflections on these issues. 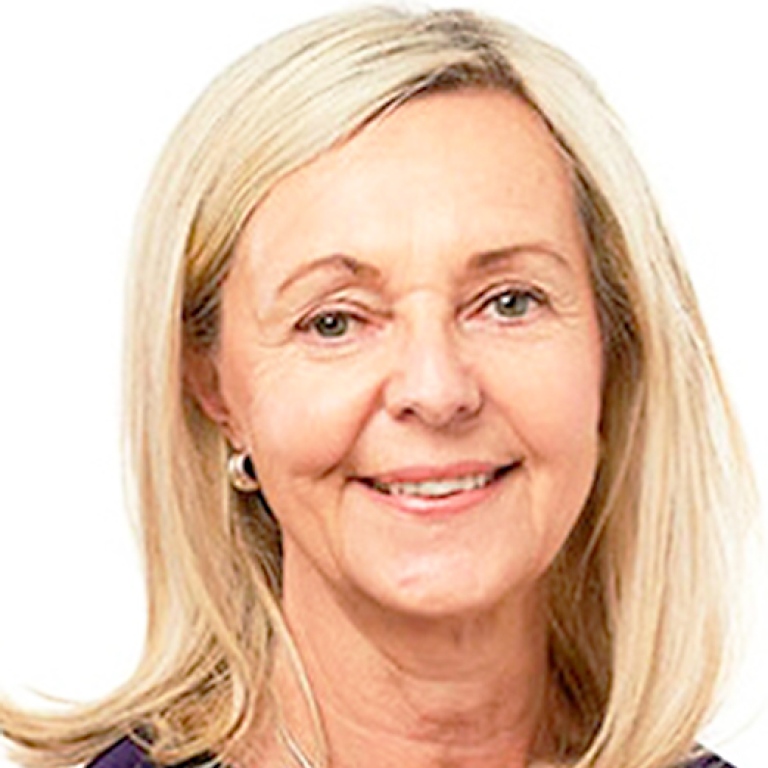 Ulla Runesson Kempe is professor emerita at Jönköping university. Her research interests are learning and teaching, particularly in mathematics and the teaching profession in general. She was involved in introducing Learning study – a theory-informed version of lesson study – in Sweden. Over the years she has been responsible for several research projects involving teachers as researchers, funded by the Swedish Research Council. Her PhD was the first one where variation theory of learning was used as an analytical framework and she has been engaged with the development of the theory since then. She has been involved in several international research projects studying and comparing classrooms in different countries.

Four decades on: How are Phenomenography and Variation Theory shaping up in the globalized 21st century?

The world has changed tremendously since the word Phenomenography first appeared in the scholarly literature in the early 1980s, and the emergence of Variation Theory in the late 1990s. With the end of the Cold War, geopolitics saw a massive shift in terms of the locations of political and economic power, and globalization of trade and the development of the web saw a revolution in connectivity. Education also changed dramatically over this period; higher education most notably saw unprecedented increases in the number of young people enrolled in post-secondary education in nearly every part of the world.

This keynote surveys how the use of Phenomenography and Variation Theory has developed over these decades in response to these dramatic changes in education and society. Four decades on we live in a time characterized by rapidly evolving crises in the geopolitical area, coupled with the urgency of the climate crisis, renewed urgency in relation to race and equity in many countries, and we are also only just emerging from a global health pandemic.

The keynote asks pertinent questions about the potential contributions of Phenomenography and Variation Theory in relation to pressing educational research questions of the moment. Specifically, it considers contemporary pressing issues of the climate crisis, a global health pandemic, and an urgency about issues of racial equity – to ask the question of how this field of research is bringing forward important insights that are relevant, and how it might potentially strengthen this contribution. 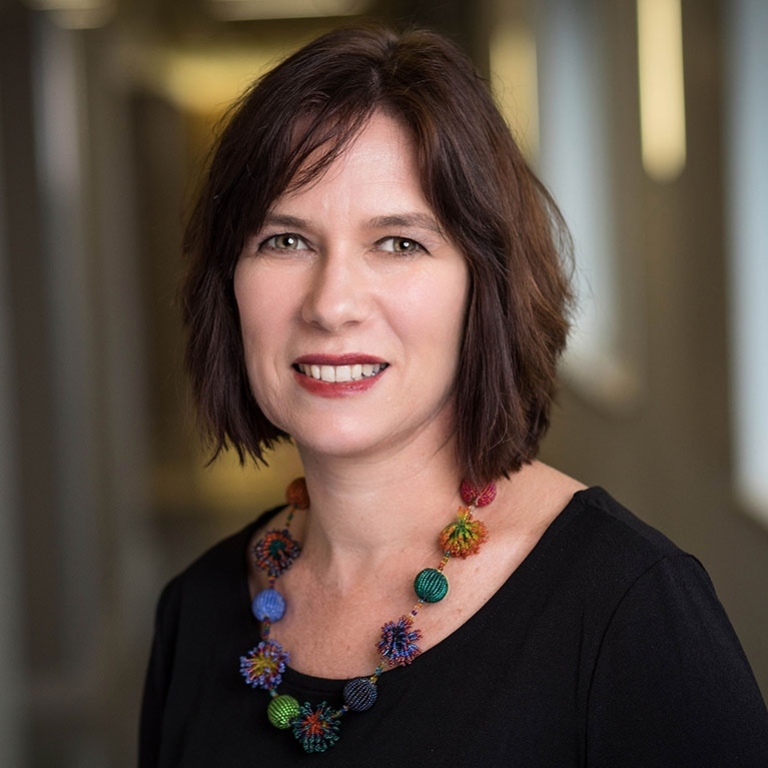 With a unique synthesis of practically-grounded curriculum reform, drawing on research in higher education studies and focused clearly on advancing learning outcomes in engineering programs, Jennifer Case developed a strong international reputation in Engineering Education heading to the leadership role that she now occupies at a leading US Department in this field. Her work has been widely published and well cited, with over 50 journal publications and two monographs. She is a joint editor-in-chief for the top international journal Higher Education.

Jennifer Case continues to teach at both undergraduate and graduate levels and advises Ph.D. students in the context of a lively research group. She is a sought after speaker and advisor in both Engineering Education and Higher Education both in the USA and abroad.

One of the great things with meeting at a conference is the possibility to have deepening discussions with colleagues in the field, allowing time for new ideas to grow and find new collaborations. On Thursday afternoon during the conference, we will have a session called Collaborative space.

The idea with this session is to provide an opportunity for just this – deepening discussions concerning both ongoing and future research projects as well as methodological issues. This can facilitate larger group discussions, or allow time for small groups to collaborate.

During the collaborative space session there will be a couple of parallel sessions with different themes. The themes can focus on methodological issues to be discussed as well as on a more specific content area. As a conference participant we welcome your suggestions topics for those sessions – themes you would like to discuss with colleagues in the field.

If you have any ideas or suggestions concerning themes, please send an email to earlisig9.did@su.se.

Participants register to the conference through the EARLI website. Deadline for registration is August 10th.

The conference will be held at the Department of Teaching and Learning at Stockholm University, which is located at Svante Arrhenius väg 20A: 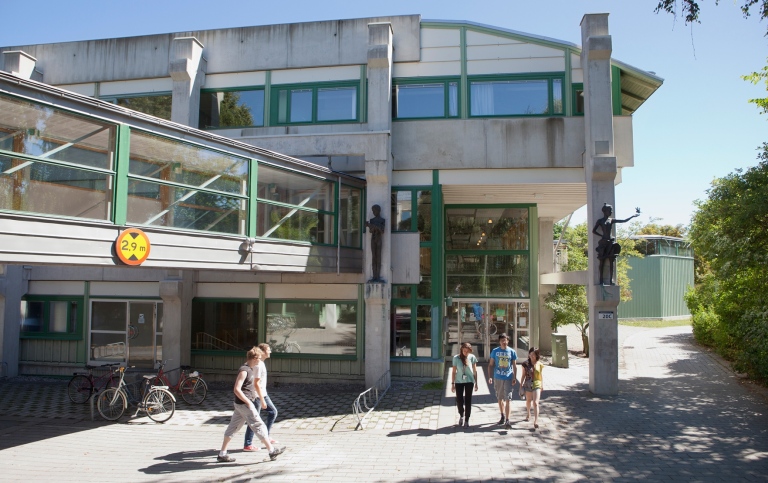 The easiest way of getting to Stockholm University is by tube. The nearest tube station is Universitetet on the red line towards Mörby centrum (line 14). It takes 10 minutes to travel by tube from the Central station to Stockholm University. In order to plan your trip with public transportation you can use the following website:

The two hotels below (Elite Hotel Arcadia and Elite Hotel Stockholm Plaza) can be booked with a conference discount. The links for booking found below are created for the conference, so when a room is booked via the link, you will automatically get the discount.

Elite Hotel Arcadia is situated 2,5 km from Stockholm University. You can either walk to the university (approximately 30 minutes) or take the tube one station (from Tekniska högskolan to Universitetet).

Price per night (including breakfast): 1368 SEK/night

Book with a conference discount

Elite Hotel Stockholm Plaza is situated in the city center, approximately 4 km from Stockholm University. You can either walk to the university (approximately 50 minutes) or take the tube three stations (from Östermalmstorg to Universitetet).

Price per night (including breakfast): 1537 SEK/night

Book with a conference discount

If you have any questions concerning the conference, please contact us on any of the following email addresses:

Source: Department of Teaching and Learning