The Conferment of Master's Degrees is a graduation ceremony to celebrate newly graduated masters at Stockholm University. 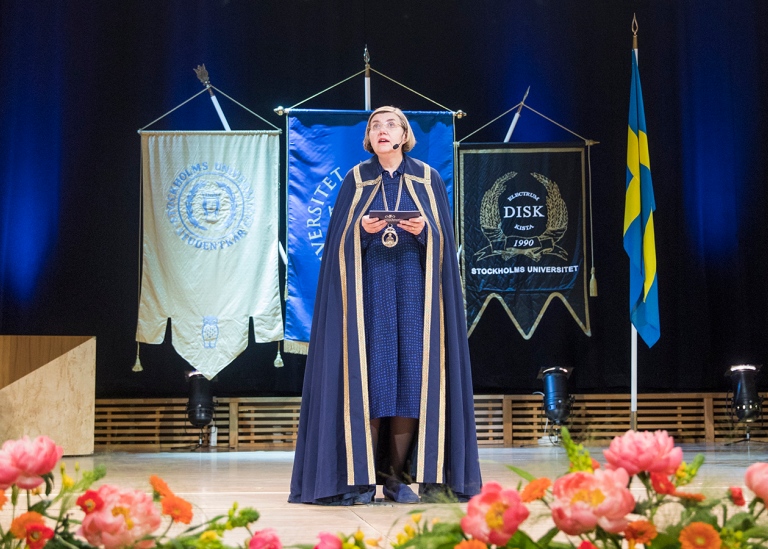 The postponed Spring ceremony will take place on 6 November and the Autumn ceremony will be held as planned on 20 November. Both will be online events.

The ceremony will be broadcast live from Aula Magna's magnificent auditorium with speeches and entertainment. The highlight will be when Stockholm University gets to pay attention to all graduates after the years at the University by having their names read aloud and photos displayed on the screen.

Masters of Arts, Education and Laws

A link to the broadcast will be published here. The film can also be seen afterwards on su.se/play.

Those graduated/graduating after 15 July will be invited to the ceremony in May 2021.

Applications are made at the Degree Office.

The invitation will be sent by email about one month before the ceremony to the address registered at Stockholm University.

We look forward to your participation and celebration with loved ones in a safe way at any location. Why not dress up and gather your close family to celebrate together in front of a screen? And share the link to the live broadcast to near and dear that you cannot meet.

A diploma will be sent by mail afterwards to graduating masters' students who have signed up to participate in the ceremony. Please note that the diploma is NOT legal proof of your degree (not to be confused with the degree certificate, sent earlier by mail) but a memento of the conferment ceremony and the time at Stockholm University.

You need to sign up online to the ceremony according to instructions in the invitation.

Please note that we would like to show a photo of you during the ceremony. Instructions on the quality of the photo and how to upload the photo will be found when registering.

More about the ceremony

Conferment traditions go all the way back to medieval European universities. The word promotion (in the Swedish word Magisterpromotion) comes from the latin word promovere, which translates to advance or move forward,  but here in a figurative sense to promote. The Conferment of Master’s Degrees is an old academic tradition but a fairly new ceremony at Stockholm University. The first was held in 1997 and is normally held twice a year in Aula Magna, Frescati. The ceremonies 2020 are held digitally.

Normally the ceremony begins with massed standards consisting of student representatives from the University's student unions and faculty associations. The President gives a welcome speech, after which the ceremony continues with varied entertainment and speeches to the new graduates. The graduates (promovendi) step up onto Aula Magna’s stage, facultywise, to receive a diploma by the conferrer, appointed by each faculty.

The act of ascending on one side of the stage and, after receiving the diploma as a sign of the new dignity, going down again on the other side, used to symbolize that one could now move on in life, with one's own right to teach. Today it is not a formal ceremony, as the formal degree certificate is sent by mail, but instead it is a memorable occasion to celebrate your Master's degree at Stockholm University. 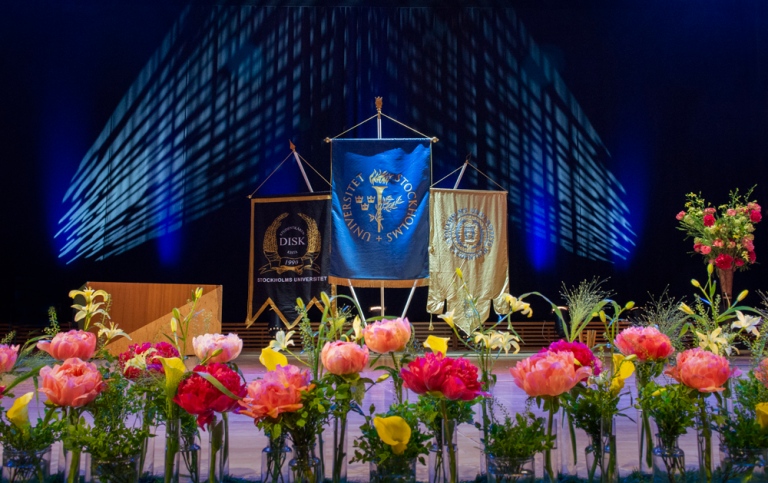