Who should be given an award for good teaching? If you are a student who has had a teacher who inspired and motivated you to really learn, or if you are a member of staff who has a colleague who makes outstanding efforts in teaching, just don't hesitate. Nominate your teacher or colleague for "The Award for Good Teaching".

Stockholm University aims at offering education of the very highest quality. The purpose of the University's award for good teaching is to acknowledge good efforts in teaching and their impact on student learning. Your nomination will help the university to give high priority to teaching and pedagogical development.

Nominate your teacher or colleague

The final date for submitting nominations for the Award of Good Teaching is March 15.

The Criterion for the selection of The Award for Good Teaching

The award goes to teachers who meet the criterion that they support student learning through:

You should focus on this criterion when you nominate a teacher. Try to describe in your own words why you think your teacher meets the criterion and deserves the award. Bear in mind that nominations which are too short will not get past the first step in the selection procedure. The preferred amount of text is approximately 100 to 500 words per question. There is plenty of space for your text in the boxes in the nomination form. Just "scroll" down!

A teacher can normally only be awarded once.

What is The Award for Good Teaching?

Every year since 1992, Stockholm University has awarded talented teachers a prize of SEK 50,000 and a diploma that is formally handed over at the annual promotions and installation ceremony at the City Hall. The award is to be used to enable the teacher to carry on developing his or her professional competence. If you are a student or an employee at Stockholm University you can nominate a teacher for the award!

How are the recipients of "The Award for Good Teaching" chosen?

The process of choosing the awarded teachers consists of the following steps:

When are the winners announced?

The prize winners will be announced in June via the university web. The winners are invited to the annual promotions and installation ceremony in September, where they will receive their diploma.

The prize consists of a diploma and a sum of SEK 50,000, which is paid to each award winner's department and is to be used for the teacher's continued professional development.

Did a teacher at your department receive The Award for Good Teaching? 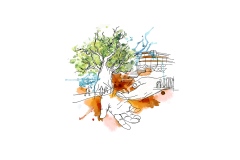 Questions? Please contact,
Annika Forslund at The Centre for the Advancement of University Teaching

Source: Centre for the Advancement of University Teaching