ERC Starting Grants to researchers in Psychology and Sociology

Read more on the two grants below.

Artificial neural networks can be trained to handle information in a similar way to the human brain. A crucial difference, however, is that these are not as flexible as the brain. With the support of an ERC Starting Grant, Mikael Lundqvist at the Department of Psychology will understand the neural mechanisms behind the ability of primates to generalise and create flexible artificial networks. 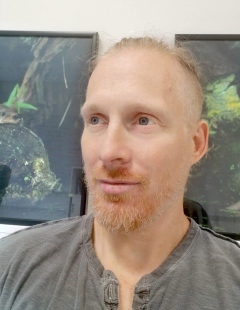 Working memory is our ability to keep a limited number of memory objects in our consciousness at the same time and manipulate these. It is one of the most basic cognitive processes and is behind widely different things such as planning, reading comprehension and solving mathematical problems. Therefore, it is by nature flexible and can be applied to a variety of abstract or concrete memory objects. It is therefore one of the most studied cognitive phenomena and is strongly correlated with intelligence and mental flexibility.

At the same time, working memory impairments are a central part of many cognitive disorders such as schizophrenia, Alzheimer's and ADHD. However, despite a large amount of research and progress, we still do not know how processes on a neural level can lead to the flexibility of working memory.
The brain is a complex and tightly reconnected system. It consists of billions of neurons that are interconnected in different directions, rather than a system constructed by humans where the flow of information can be followed and understood by looking at the connections. To understand such systems, simulations in computer models are of great help and can provide vital insights. It is possible to train artificial neural networks to hold and manipulate information in seemingly similar ways as in the human brain.

"A crucial difference, however, is that these artificial systems can only perform the task on objects that they have trained on, while humans and other higher primates (but not mice, for example) can learn a task and then flexibly apply it in other situations or to other objects," says Mikael Lundqvist, researcher at the Department of Psychology, Stockholm University.

He will now study this crucial flexibility within the research project The Hot-Coal hypothesis of working memory (Hot-Coal WM) when he is awarded an ERC Starting Grant of EUR 1.5 million. Within the project, he will propose a new mathematical model, the Hot-Coal model, for how neural networks could implement flexibility. This

Read more on the ERC Starting Grant at the Department of Psychology web.

A lot is known about the inequalities experienced by refugees, but much less is known about their children’s lives. Ben Wilson, a post-doctoral researcher at the Stockholm University Demography Unit (SUDA), Department of Sociology, receives a new ERC Starting Grant to study the inequalities that are faced by the children and grandchildren of refugees living in Sweden.

“More than 2.5 million refugees have been granted residence in Europe over the last ten years and their long-run adaptation is a fundamental societal challenge,” said Ben Wilson when we spoke to him this week. “The idea of this project is to set the foundation for future research on the descendants of refugees.” 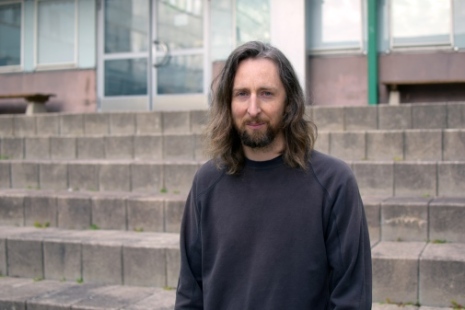 The interdisciplinary project – A Better Life for the Children of Exile: Intergenerational Adaptation of the Descendants of Refugees (REFU-GEN) – is the first comprehensive holistic study of the descendants of refugees. It is funded with 1,4 million euros over five years and sets out to compare four domains of life for descendants of refugees: (1) their education, income and employment, (2) their family formation, (3) where and how they live, and (4) their health.

Unlike most countries, Sweden has both high quality register data that can be used for research and a significant number of descendants of refugees who can be studied longitudinally from birth to adulthood. The researchers will use cutting-edge research methods to analyze longitudinal data for the whole population of Sweden from 1968-2019.

“At the moment, Sweden is the only case study that we can analyze in order to understand the inequalities that are faced by the children and grandchildren of refugees, on a large scale and over time,” said Ben Wilson. “You can only evaluate long-run integration by understanding the lives of the second or even third generation.”

Read more on the ERC Starting Grant at the Department of Sociology web.