The university’s climate and environment work

By signing the SDG Accord Climate Emergency Letter, the university has committed to becoming carbon neutral no later than 2040.

Senior advisor to the president for the environment and sustainable development.

The university’s roadmap to carbon neutrality 2040

Universities have a special role in addressing society's climate challenges through their core mission to generate new knowledge through research and to convey knowledge through education. In the interests of credibility, it is also important that universities reduce their own carbon dioxide emissions to the level that research shows to be necessary. It is the stated goal of Stockholm University to be carbon neutral no later than 2040. To this end, the university has prepared a climate roadmap containing proposed measures and formulating goals.

Stockholm University works systematically with environmental issues and follows the environmental management standards of ISO 14001. Stewardship of the environment is also a part of everyday work as the University continuously endeavours to reduce negative impacts and be a force for change. We "practice what we preach" and all of our employees play a role.

The University is conscious about environmental issues and strives to be a role model within higher education. We work actively to create efficient facilities and environments that promote collaboration, interaction and sustainability.

Stockholm University's goal is to be carbon neutral by 2040. As part of the work, the university has developed a climate roadmap that highlights proposals for measures and goal formulations.

Environmental council and senior advisor to the president

The Environmental Council is one of the president’s advisory bodies and supports the university in its work with environmental issues. Prof. Magnus Breitholtz, Head of the Department of Environmental Science, is the chairperson.

“Sustainability is not a separate issue, it must be integrated into everything we do”, says Johan Kuylenstierna, Senior Advisor to the President on Sustainable Development.

Four senior advisors to the president with different areas of responsibility

The university strives to be at the forefront of both education and research into the environment and sustainable development.

How the humanity affects the world it inhabits is strongly influenced by culture, history, politics, and organisation on the local and global level. Hence human science – social science, humanities, and law – is indispensable to the task of understanding, coping with, and minimising mankind’s negative impact on the climate and ecosystems. Stockholm University offers a variety of programmes and courses that directly address environmental and sustainability topics from the perspective of a wide range of scientific disciplines.

Imagine a world where the climate is stable and the ecosystems contain a variety of different plants and animals, where we have a lot of clean energy as well as consumer products with minimal impact on the environment. Simply a world that is more environmentally friendly, fair, sustainable and better for plants, animals, people, society and the earth. It may sound like a dream, but it is a dream about the future that you can contribute to. A basic understanding of the world around us requires a good scientific background. At Stockholm University, you can get such an education so that you can get out there and make a difference.

Below you will find a selection of such programmes and courses

Departments and centres at Stockholm University

The Environment Council is one of the president’s advisory bodies, tasked with supporting the University Senior Management Team and the organisation as a whole on matters related to the climate and environment.

Learn more about the Environmental Council

Senior advisor to the president on climate and environmental issues

Cooperation with other European universities

During the summer, the university also, as the first Swedish higher education institution, signed a petition before the UN's Climate Summit. The signatories commit to mobilizing resources for climate research and skill development for change, to achieve carbon dioxide neutrality in the time span 2030–2050, and to develop environmental and sustainability education across disciplinary boundaries.

Senior advisor to the president for the environment and sustainable development

Professor Magnus Breitholtz, head of the Department of Environmental Science. 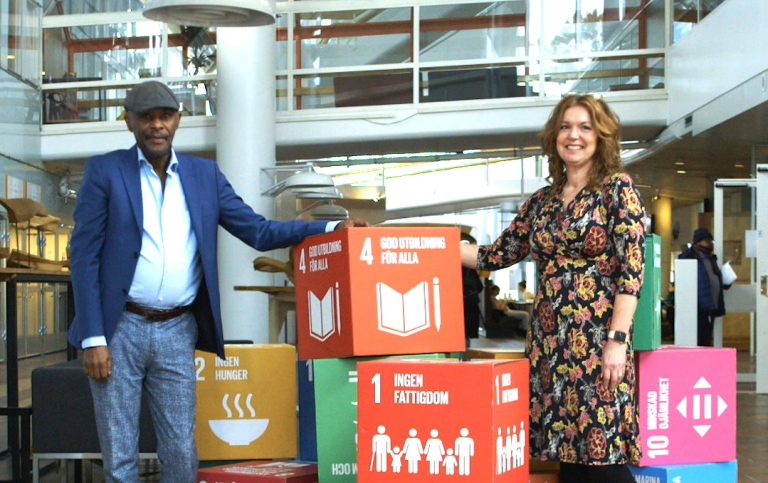