Q&A on the coronavirus for newly admitted students

This information is for international students who have applied or been admitted for studies at Stockholm University.

This Q&A will be updated when there are new regulations and directives from the Swedish Government and when new decisions are taken by the University, please check back regularly for updates.

Below you will find the most commonly asked questions and the answers that are available at the moment. If you have a question about the situation that isn’t covered below, please feel free to contact us!

Will the studies be on-campus or distance based during the spring semester 2021?

Detailed planning for instruction in spring 2021 is done by the departments. Planning for the whole spring term should be communicated to the students via the department’s website as soon as possible, on 28 February at the latest.

If you have any questions related to the programme you are admitted for, please visit the website of the department responsible for the education to find more information and contact details.

The current situation in Sweden

What is the Swedish strategy in response to the pandemic?

You can find information about the measures taken and what the aim is on the webpage of the Government.

Strategy in response to the COVID-19 pandemic

Where can I find the latest information regarding the development of the situation in Sweden?

Information to the public from the responsible authorities about the coronavirus and the outbreak of Covid-19 is gathered on Krisinformation.se

Migration and travel to Sweden

Will the corona crisis affect my application for a residence permit for studies?

The Swedish Migration Agency is the responsible authority for processing residence permit applications. Please see the following information on their website:

FAQ related to the coronavirus on the Swedish Migration Agency website

Depending on the local situation, several Swedish missions abroad may have limited capacity to process your application within the normal timeframe. Please refer to your national authorities for information regarding any restrictions to the freedom of movement that may prevent you from visiting a Swedish mission abroad.

Will I be able to travel to Sweden to commence my studies?

On 17 March, the Government decided to temporarily ban non-essential travel to Sweden from all countries except EU Member States, the United Kingdom, Norway, Iceland, Liechtenstein and Switzerland. Following a call from the European Council and the European Commission, the entry ban was introduced to mitigate the effects of the spread of the SARS-CoV-2 virus and reduce the outbreak of COVID-19. The ban has been in effect since 19 March and, in accordance with Commission recommendations, has been extended several times.

As of 4 July persons who travel for the purpose of studying in Sweden belong to the exempted groups from the temporary entry ban.

On 3 February 2021, the Government decided on certain amendments to the ban on entry to Sweden. The amendments mean that there is now a general entry ban for foreign citizens who cannot present a negative test result for ongoing COVID-19 infection upon entry into Sweden. The rules include certain exemptions.

How can I get a certificate from the University stating whether my studies require my presence?

You should contact your specific department regarding a certificate stating whether your studies require your presence at the University.

Is deferral granted due to the coronavirus situation?

There are specific guidelines in Sweden and at Stockholm University regarding the grounds for deferral. These grounds are related to medical situations, legal requirements or other situations that make it impossible for you to start your studies as planned. As for the coronavirus situation, it is not in itself a ground for deferral. If you are unable to commence your studies you can apply for deferral and verify the reason for the deferral by providing documentation, for example a doctor's certificate if you have fallen ill. When you apply for deferral a decision regarding your possibility to defer will be made on individual basis. If you will not be able to commence your studies and you cannot be granted deferral, you are instead recommended to decline the offered seat. You are much welcome to apply again next year and declining your offer will not affect your chances of being admitted again next year.

Read more about application for deferral

Are there any changes in the deadlines for payment of tuition fees?

Can the tuition fee be refunded if I am not able to commence my studies?

You have the right to reimbursement of the tuition fee if you are prevented from leaving your home country, or from entering Sweden, due to coronavirus. The same applies if you, due to health reasons, are prevented from starting your studies as planned.
If you register for the course/course within programme a non-completion of studies must be registered in the study documentation system LADOK, no later than three weeks after the commencement of the course/course within programme, in order for you to be able to apply for a reimbursement of the tuition fee.

Will the tuition fee be reduced if part of the programme is taught online instead of on-Campus?

No, the tuition fee for the programme will remain at the same level regardless of whether the teaching form would be temporarily changed from on-Campus to distance based.

Can the tuition fee be repaid if I am not able to get a residence permit?

The tuition fee is repaid for students whose residence permit application is denied by the Swedish Migration Agency. The fee will also be repaid to students who will not be able to get a residence permit on time due to prolonged processing time by the Swedish Migration Agency.
If the option of web registration is provided and you have registered for a course or a course within a programme before coming to Sweden, you can apply for a repayment of the tuition fee under condition that:

Contact the department responsible for your course or programme for assistance.

Does Stockholm University apply a fee for repayment of the tuition fee?

No, the administrative fee of 5,000 SEK will not apply to repayments for the autumn semester 2020 and the spring semester 2021. The tuition fee will therefore be fully refunded if the conditions for a repayment are fulfilled.

Will I be able to get healthcare in Sweden?

Fee-paying international students are covered by FAS - The Swedish State’s Insurance for Fee-Paying Students.
EU/EEA/Swiss students should register for a European Health Insurance Card (EHIC) in their home country before coming to Sweden in order to obtain medical care at the same cost as Swedish residents.

In addition, students who are staying in Sweden for more than one year, should apply for a Swedish personal number, which will entitle them to the same healthcare services as other Swedish residents.

Stockholm University students are welcome to contact Stockholm Student Health Services, which complements the public healthcare and provides nurse and counselor services. All visits are free of charge.

What support can I get if I struggle with distance studies or if I feel isolated?

Once you registered for your courses you can:

Here are some tips on how to use your time at home effectively:

For students applying for studies at Stockholm University

Will the application deadlines change due to the effects of the coronavirus?

Information for students about exchange/MFS can be found on our website, at the link below.

Coronavirus – Information for students about exchange/MFS

Information on the coronavirus for Stockholm University's students and staff

Information for students and staff about the coronavirus

Information provided by Study in Sweden

How is covid-19 affecting studying in Sweden?

Will the coronavirus situation have an impact on my application to studies in Sweden? 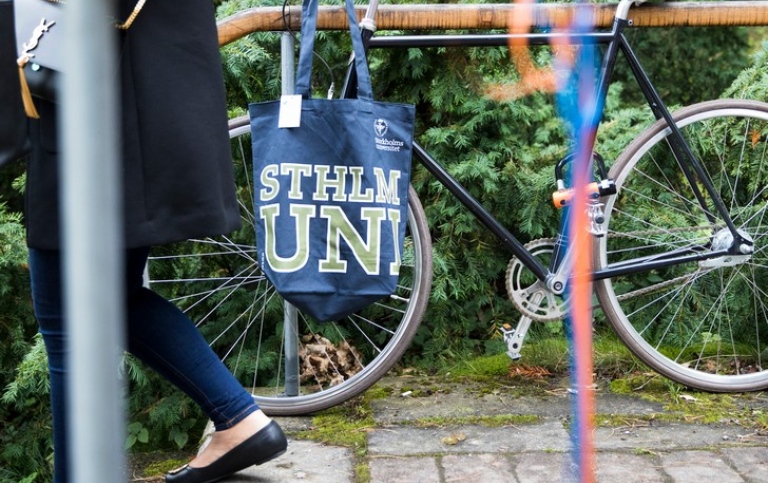