“All the contacts I have come from Annette”

Mentor Annette Dock and mentee Akshay Gokulendran Nair were matched together in the mentorship program. She has not only introduced him to Stockholm, but also to her family.

“We met for the first time in November at a cafe in Uppsala” says Akshay Gokulendran Nair. “We talked about Swedish culture and tradition, the universities, my background and my interests. So now Annette knows everything about me!"

Akshay Gokulendran Nair is from Kerala, India, and came to Sweden in autumn 2019 to study genetics and molecular plant sciences. His courses are jointly organized by Stockholm University, SLU and Uppsala University. Since he is based in Uppsala, he thought that it would be difficult to take part of the program, but Annette didn’t see the distance as a problem.

“I live in Stockholm, but I have my own company and work as a consultant so I’m flexible” says Annette Dock. “I told the student counselor that I was willing to meet Akshay in Uppsala.”

At their first meeting, they also talked about Akshay Gokulendran Nair’s interest in doing a summer internship to get exposure to the Swedish labour market and see what it is like to work in Sweden. Annette Dock immediately started to explore her network and connected Akshay Gokulendran Nair to her sister-in-law, Ann-Marie Dock Gustavsson, working at the Swedish Board of Agriculture, who has a PhD from SLU within the same field.

“My sister-in-law has some contacts and we talked about summer jobs but Akshays’ driver license doesn’t apply here and that was an obstacle. We talked about having several options open and investigating different alternatives," says Annette Dock.
And just recently, Akshay Gokulendran Nair got his summer internship.

"Annette told me to ask one of the professors, and that’s what I did. So now I have an internship for three months! I’ll be working with two research groups with researchers who are great in their field. It will give me an additional base for my PhD studies. Finally, everything is sorted."

End of the programme but not the mentorship

Annette Dock studied biology at Stockholm University and became a toxicologist. Even though they haven’t studied exactly the same subjects within biology, they both feel that the mentorship program has been very valuable.

“I’m very glad to have met with Annette”, says Akshay Gokulendran Nair. “I was a week late coming to Sweden so I missed all the starting activities, meeting up with people, going on a bus tour to see the city and so on. So I had no contacts when I came, and now, all the contacts I have is from Annette.”

“Yes – my family!” Annette Dock interjects. Apart from her husband and sister in law, she has connected Akshay Gokulendran Nair with one of her sons. She has also showed him Stockholm.

"We went to Gamla Stan, the Nobel Museum and Grillska huset. I also showed him the easiest way to get to the university."

They have met almost once a month during the program. Even if the mentorship program officially ends in the summer, they will continue to meet and keep in contact. They have also decided to take on a mentee together to share their experience.

"Maybe there will be a small group eventually, like a network in the network", Annette Dock says.

“Of course you should take part of the programme”

When Akshay Gokulendran Nair is asked if he would recommend other students to take part in the program, he is very certain.

“Of course! Especially if you are a foreign student. You can meet people, you can network, you can understand Swedish culture better and get to talk to one of the natives here. And you can learn from someone with experience. I learnt a lot from Annette, she started her company in 1993 and has lots of experience.”

“Definitely! It’s a gift, it’s an opportunity. And don’t be concerned that it will take extra time. For me as a mentor it is also a chance to look back on what has happened throughout my career, and benefit from it. 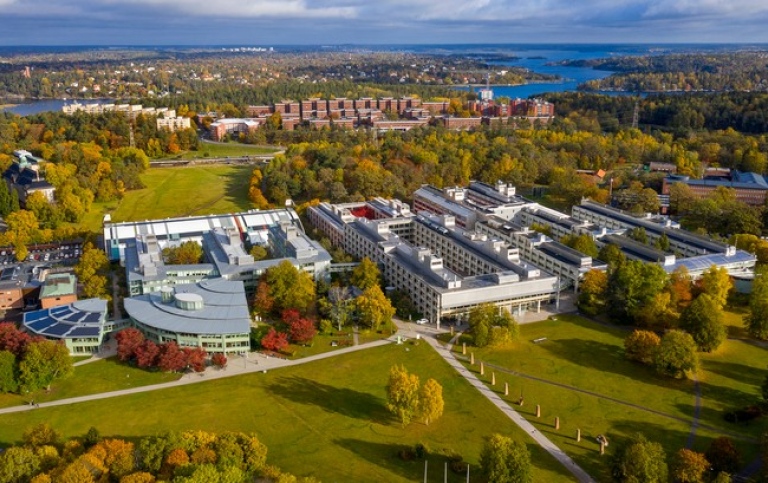