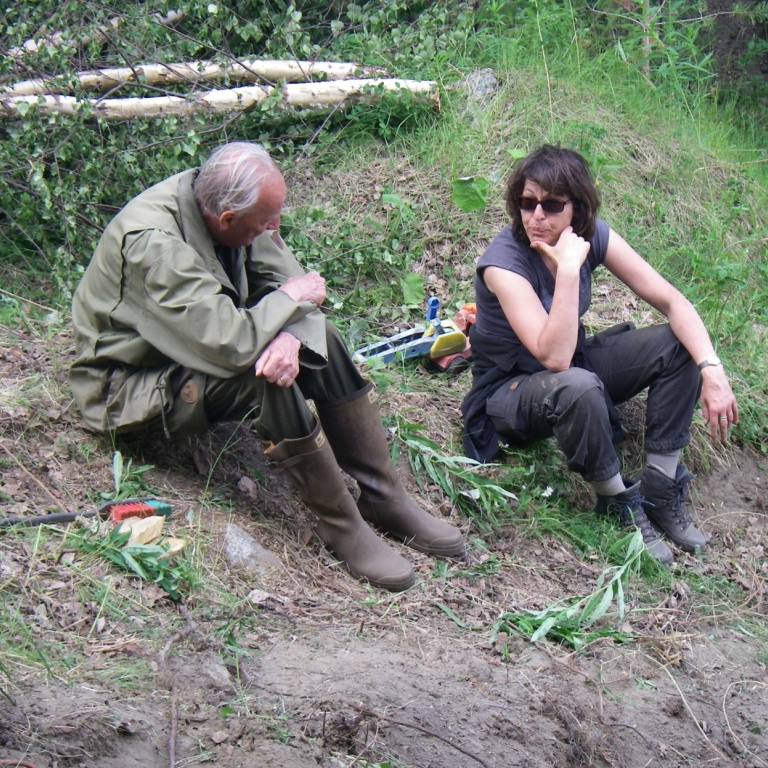 Jan Lundqvist and Barbara Wohlfarth, Pilgrimstad during the excavation in summer 2007. Photo: Private

The motivation is that she receives it for extensive contributions in quaternary geological research, particularly in paleoclimatology, Scandinavian glaciation history and deglaciation chronology. Barbara is the first woman to receive this award since 1959 which was the start of giving out this award. Well-deserved and we congratulate Barbara from the whole department.