Rising water temperatures and sea levels and less ice, but also more perch and fewer seals. Climate change might affect the Baltic Sea in many different ways. These effects have now been compiled in a comprehensive report, in which several researchers from the Baltic Sea Centre have participated.

The new report Baltic Sea Climate Change Fact Sheet, which is the first of its kind, has been produced by Helcom and Baltic Earth in collaboration.

– The Baltic Sea Climate Change Fact Sheet provides a summary for policy makers of the latest scientific knowledge on how climate change is currently affecting the Baltic Sea and about what we can expect to happen in the future, says Prof. Markus Meier from the Leibniz Institute for Baltic Sea Research Warnemünde, who coordinated the report, in a press release.

The effects of climate change are already visible today in the Baltic Sea, the report states. Water temperatures have increased during the last century, more than in other marginal seas. Depending on the future development of greenhouse gas emissions, the average temperature of the surface water is expected to increase to the year 2100 by between 1.2 degrees (scenario RCP 2.6, assuming already declining emissions) and 3.2 degrees (in the most pessimistic climate scenario; RCP 8.5). 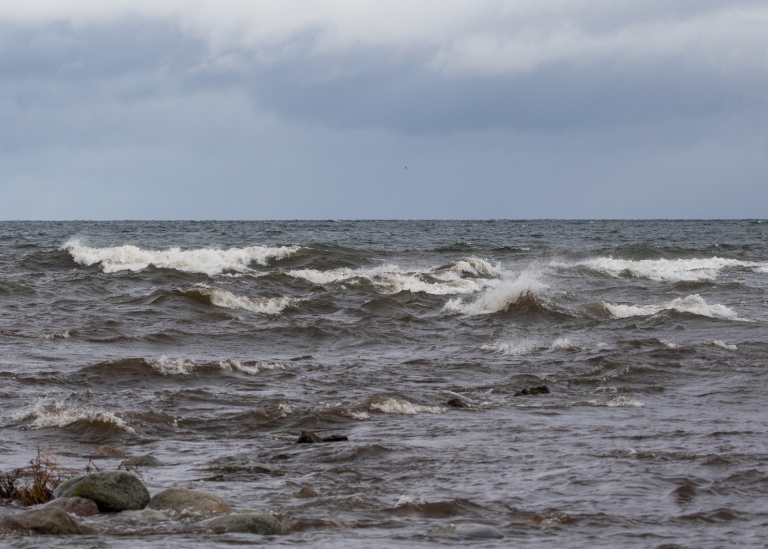 At the same time, the distribution of ice, and also the duration of the ice season, has decreased, and this development is expected to continue. Precipitation and hence the river run-off is expected to increase in the northern parts of the Baltic Sea, while the development in the central and southern parts is more uncertain. Increased precipitation can lead to a decreased salinity in the Baltic Sea, but this might be counteracted by the expected sea level rise that could result in increasing import of saltwater from the Kattegat.

In addition to the direct effects, climate change has many indirect effects on the ecosystem as some species benefit from, whilst others are disadvantaged by, the new conditions. This applies to benthic plants, algae and mussels as well as fish and mammals.

– Spring and summer-spawning species (e.g. perch, cyprinids and pike) will benefit from increasing temperatures, whereas autumn-spawning (e.g. salmonids) may be disfavoured, the report states.

Increased temperatures and milder winters could also benefit some of the non-indigenous species that have the reached the Baltic Sea as an undesirable effect of shipping, such as dreissenid mussels and the round goby.

Others indirect effects of climate change include changing conditions for maritime activities such as fisheries, shipping and tourism, although many of these effects are considered to have low confidence.

Several researchers from Stockholm University Baltic Sea Centre have contributed as authors to the parts of the report concerned with nutrient loads, eutrophication and oxygen conditions. They note that changes in precipitation, temperature and river run-off can lead to changes in the nutrient supply to the sea, both from rivers and from the atmosphere. The distribution of oxygen-depleted areas might also be affected by rising temperatures, as it reduces the air-sea and vertical transport of oxygen and reinforces eutrophication, through intensifying internal nutrient cycling and stimulating cyanobacteria blooms.

However, the determining factor in how the prevalence of oxygen deficiency, and the eutrophication situation as a whole, develops in the Baltic Sea is how well the surrounding countries manage to limit the nutrient loads from land, the researchers state. This depends mainly on the development of the agricultural and the sewage sectors, which in turn is closely connected to the socio-economic development in the region.

– Climate change might slow down improvements, but the reductions of nutrient loads that the Baltic Sea countries have agreed on, in the Baltic Sea Action Plan and through EU directives, will have good effect even in a changing climate, says Bo Gustafsson, head of the Baltic Nest Institute at Stockholm University Baltic Sea Centre.

More than 100 researchers from the entire Baltic Sea region have been involved in making the Baltic Sea Climate Change Fact Sheet, that is expected to be updated every seven years.

Policy brief: Measures improve the Baltic Sea environment – even in a changing climate

Climate change will increase the pressure on the Baltic Sea