After a break due to the pandemic, the 2020 Inauguration and conferment ceremony could finally be held in the Stockholm City Hall on 31 May. At the ceremony, attention was drawn to new doctors and new professors at Stockholm University. In addition, jubilee doctors were conferred and the Pedagogical Prize for Good Teaching was awarded. 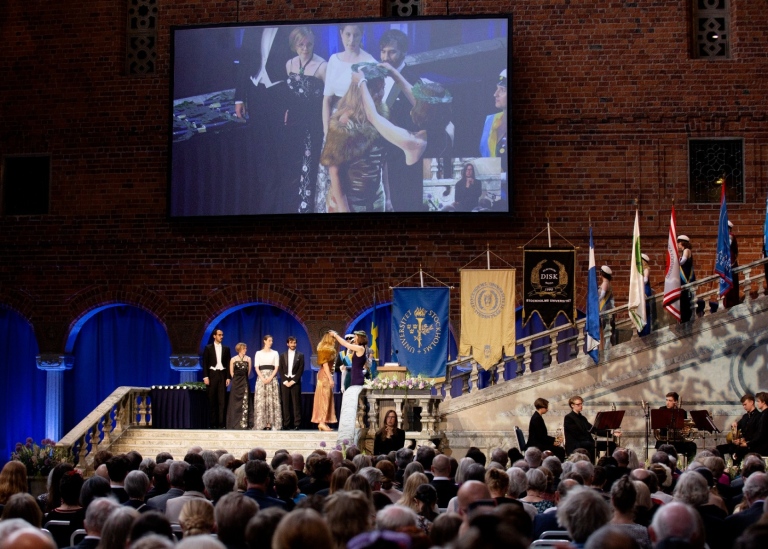 The 2020 Inauguration and conferment ceremony could finally be held in the Stockholm City Hall on 31 May. Photo: Rickard Kilström

The ceremony gathered around 600 invited guests and the evening was filled with the joy of finally being able to carry out the ceremony on site in the City Hall. Due to the pandemic, the ceremony had been postponed from September 2020.

“’Man is man’s joy’, it says in Hávamál in the Poetic Edda in Lars Lönnroth’s translation. It is a joy that is best enjoyed in real company, in the symbolic, physical gestures of the Inauguration and conferment ceremony and in the banquet’s festive splendor and community,” said President Astrid Söderbergh Widding in her welcoming speech, where she highlighted the importance of science in a world that in recent years has been marked by the biggest health crisis of the century and which is now marked by the ongoing security crisis with the war in Ukraine.

“In this reality, our mission as a university becomes particularly important: to develop and promote scientific knowledge with long-term and critical thinking, and to openly share research results and research data, in order to promote transparency and reproducibility.”

She pointed out that science contributed to develop a new vaccine extremely quickly during the pandemic and how research also can provide relevant basis for interpreting developments in the present – even though science rarely gives simple results.
“The need for knowledge, enlightenment and the pursuit of truth, which are Stockholm University’s core values, is larger than ever in this time with war, where democracy in a number of countries is being pushed back and both academic freedom and freedom of expression are under threat in many places.” 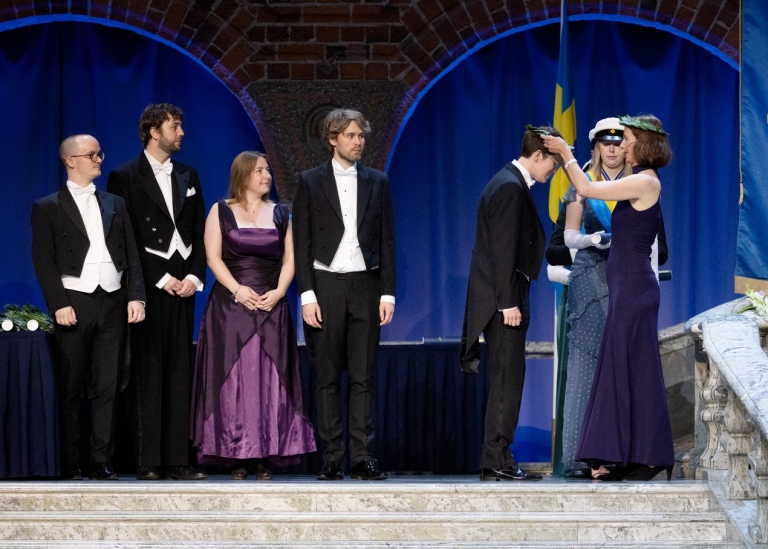 103 new doctors were conferred during the evening. Photo: Rickard Kilström

During the ceremony, 103 new doctors, graduated at the University during 2019-2020, were conferred. In addition, 35 new professors were installed. During the evening, 16 jubilee doctors were also conferred, in other words those who received their doctoral degrees at Stockholm University 50 years ago, of which 7 in their absence.

The inaugural lecture was given by Pernilla Leviner, professor of public law at the Department of Law and director of the Stockholm Centre for the Rights of the Child. She made an observation of how things are with children’s rights in Sweden today and stated that since the UN Convention on the Rights of the Child became Swedish law two years ago, children’s rights have been much discussed, but at the same time the message has often been simplified.

“We have a legislation based on views of adulthood and childhood that risks discrimination of children just because they are children”, said Pernilla Leviner, pointing out that legal acts often bear traces of the time they were created and the Convention on the Rights of the Child was developed during the 1980s.

“I and others in our research field ask for positions on what children’s rights should mean today at a time when, thanks to the Convention on the Rights of the Child, we have a new view of children compared to a generation ago”, she said, adding that research about children and young people have an important role to play in examining how society treats children by uncovering problems in both our legislation and its application.

“We deal with complex problems that rarely have any simple solutions, but we try with our research to contribute to knowledge about how the law can and should be reformed. We need to work together to create the conditions for realization and respect for human rights for both children and adults.”

During the ceremony, the President also presented the Award for Good Teaching to draw attention to good pedagogical efforts and their importance for students’ learning. The recipients 2020 were Jessica Franzén, Department of Statistics, Agneta Norén, Department of Biochemistry and Biophysics, and Niclas Runebou, Department of Humanities and Social Sciences Education, now part of the Department of Teaching and Learning. 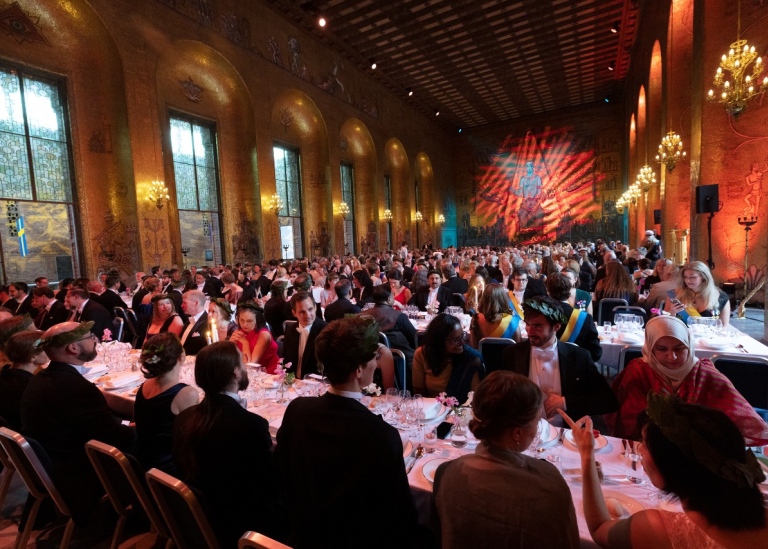 After the ceremony it was time for the banquet in the Golden Hall. Photo: Rickard Kilström

The ceremony was followed by a banquet in the Golden Hall. Stockholm Academic Male Chorus, Royal College of Music and the University College of Opera were responsible for the entertainment during the evening.

The Stockholm University Large Gold Medal 2020 had already been awarded to Kerstin Calissendorff, former Chair of the University Board.