Commentary in Nature Astronomy on the use of Python

In a commentary and reply paper in Nature Astronomy, French and German researchers P. Augier, C. F. Bolz-Tereick, S. Guelton, and SU Dept of Meteorology researcher Ashwin Mohanan defend the use of Python in scientific codes.

Augier et al. (2021) acknowledge that ecological impact of computing is an important problem, but object to criticism drawn against use of Python in a comment by Portegies Zwart in Nature Astronomy who estimated CO2 production in a benchmark N-body problem implemented in various programming languages. According to Zwart, the algorithm required an lengthy "loop" with the order of N^2 operations where Python performed poorly. Therefore, the author suggested to avoid Python in scientific codes.

In order to prove their point, Augier et al. (2021) chose to do a few things differently: 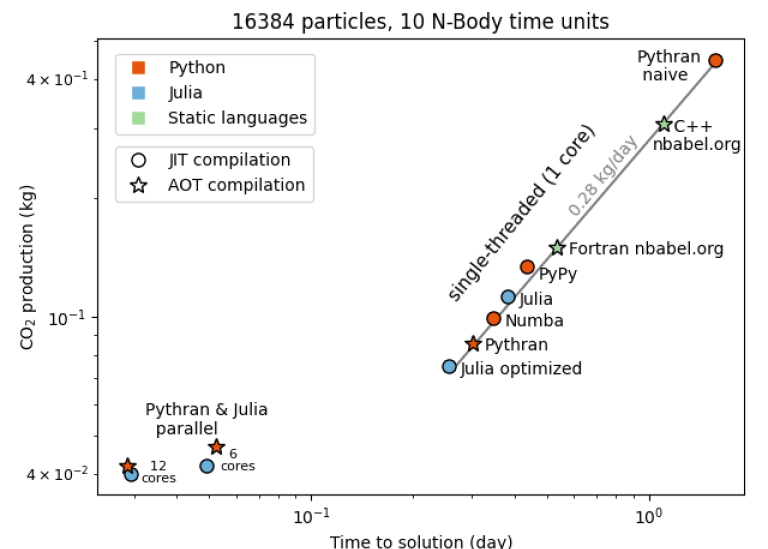 In conclusion, their take-home messages from the study are: