Record-breaking temperatures across the US Great Plains during the Dust Bowl 1930s were caused by long-lasting and intense heatwaves. The US is now at least 2.5 times more likely to experience a Dust Bowl-level heatwave than it was in the 1930s. This shows new research by an international team including Sabine Undorf from the Department of Meteorology at Stockholm University. 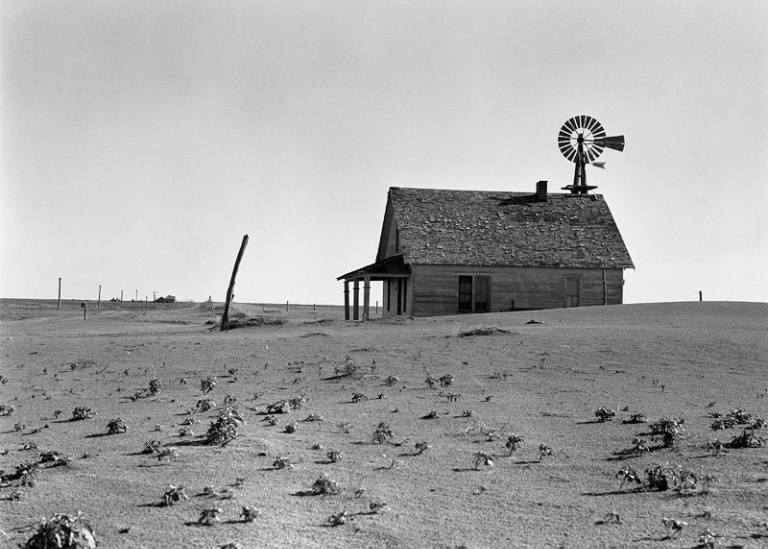 The US experienced its hottest summers on record in 1934 and 1936. Alongside drought, rapid land transformation and the Great Depression, these heatwaves contributed to the devastating ‘Dust Bowl’ era. Besides huge impacts on economy and ecology, they have also left a lasting impression in cultural memory, with references as recent as the 2014 film Interstellar. A new study examines what this heatwave behaviour could look like if it happened under present day levels of greenhouse gases in the atmosphere.

Using climate model simulations, the analysis found that even in the 1930s the still relatively low levels of human-induced greenhouse gases increased the likelihood of the historical Dust Bowl heatwaves, but only marginally. Today however, this same heatwave activity would be around 2.5 times more likely due to present day levels of greenhouse gases.

‘The 1930s Dust Bowl heatwaves were extremely rare events that we might expect to see occur once in a hundred years,’ says Tim Cowan, lead author of the study and research fellow at the University of Southern Queensland. ‘Our analysis shows that under today’s levels of greenhouse gases they are more than twice as likely to occur, with their period of return reducing to once in around 40 years.’

These historical heatwaves might seem long ago and the US far away from Sweden, but the results are immediately relevant for the current political debate. ‘Besides advancing our understanding of drivers of the historical event, our study also demonstrates that we can apply state-of-the art science methods to events nearly 100 years ago to highlight what ongoing greenhouse emissions can mean in terms of future extreme events’, says Sabine Undorf, study author and postdoctoral researcher at Stockholm University.

‘1936 still holds the record for the hottest year in the continental US. But the country is tracking towards ever warmer summers, and globally, this level of extreme heat has become the new normal,’ says Gabi Hegerl, study author and professor of climate system science at the University of Edinburgh. ‘With summer heat extremes expected to intensify over the US throughout this century, it is likely that the 1930s records will be broken in the near-future.’

‘If extreme heatwaves and drought reduce the vegetation as they did in the 1930s, heatwaves could become even stronger which would have dire consequences not only for the US but for global food systems,’ said Friederike Otto, study author and acting director of the Environmental Change Institute, University of Oxford. ‘The results of this research show that this scenario is more likely than ever, and should urge us to develop and implement more ambitious adaption and mitigation plans.’