There are a large number of pieces of legislation intended to protect the environment, yet the politically adopted environmental objectives are not being met. Some of the explanations for this are lack of coordination and holistic perspective, laws not being correctly applied or laws not being respected, explains Anna Christiernsson, who is an associate senior lecturer in environmental law.

There are several different pieces of international, EU and national legislation aimed at protecting biodiversity, both marine and terrestrial, yet biodiversity is declining.

“A possible explanation may be that it is difficult to bring about effective protection of ecosystems and species that extend or move across national borders. Many of the international agreements for protection of biodiversity are vague, which is often due to international negotiations. EU cooperation is therefore important. This generally helps to bring about stricter rules that all EU countries have to follow. The EU can also pursue contravention procedures against states that fail to follow the rules.”

Ecosystem-based management is often argued for to ensure effective protection of biodiversity. This means ensuring that natural resources are used within the limits of the ecosystem and paying due regard to the connections and functions of the ecosystem, irrespective of administrative limits.

“We have seen in our research that there is sometimes a lack of legal requirements for consideration of ecosystem connections, including in those cases where there is an overarching goal of ecosystem-based management in legislation. An example is in the establishment of multi-year plans for fisheries. These state that the plans may (not must) contain specific conservation targets and measures based on an ecosystem approach.”

As an EU member state, Swedish has to respect EU legislation. This has meant more far-reaching protection of species, requirements for ecosystem-based marine management and the introduction of environmental quality standards (a statutory instrument based on the environment instead of activities or actions). These requirements have, however, in several different ways clashed with Swedish management traditions and have led to a number of difficulties in implementation.

“Environmental law research has identified various failings in compliance with EU law over a long period of time. Examples are inadequate implementation of the environmental quality standard of good ecological status and action programmes for water. “

Significant improvements have nevertheless taken place in recent times. For instance, a ban of worsening or jeopardising the status of bodies of water has been introduced after the European Court of Justice clarified that authorities are also obliged to deny authorisation for activities that may jeopardise or worsen the ecological status of water bodies.

“As a result of the ECJ's clarification that the ban on harming or disturbing protected species (which are listed in Annex 4 to the Habitats Directive) applies even if the species has a favourable conservation status, it has also become clear that Swedish application of the rules must change. This means that there may be a need to give greater consideration to species that are not endangered or rare, for example in forestry.“

The level of decision-making may play a role

It is not sufficient to have good legislation on paper; the rules must also be applied in accordance with the legislators’ intentions. It is often argued that decisions must be taken as close to the public as possible in order to promote legitimacy and consequently compliance. A problem with decision-making at local level is, however, that it can make a holistic perspective more difficult,” Christiernsson points out.

“In reviews of various dispensation decisions at local and regional level* we have seen that assessments of environmental impact mostly focus on local and direct effects rather than combined effects across geographical boundaries. It is more common, for example, to give consideration to the natural environment at the site in question than to consider the collective impact of jetties and other activity within a larger geographical area, which may have consequences for fauna.”

“It was also interesting that environmental quality standards on good ecological status were not mentioned at all in decisions, nor in the decisions after 2019 when prohibition of endangering or worsening the status of water was introduced. Neither was it usually apparent how municipalities and county administrative boards had applied the general consideration requirements in the Environmental Code.”

Importance of having an opportunity to amend decisions

To protect biodiversity successfully, it is important that incorrect decisions can be amended. It is therefore important for authorities, individuals and environmental organisations to have ample opportunity to appeal against decisions. Another important aspect is supervision and options for the EU to pursue contravention procedures against states that fail to comply with EU law.

“The European Court of Justice can impose heavy fines in cases where a country fails to respect EU law. But the legislation must also be respected by private individuals, and when this does not happen authorities or municipalities must act. It is apparent from interviews with administrative staff in municipalities and county administrative boards, however, that there is often a lack of resources to undertake own-initiative supervision. Supervision therefore often takes place only when a complaint is received, for example from a neighbour who is dissatisfied with a jetty or veranda that has been built.”

High levels of compensation may mean lack of protection

We have strong protection of property in Sweden with an ample right to compensation. This means, for instance, that a forest owner who wants to fell trees can receive high levels of compensation if their application is turned down on the grounds that it is a forest meriting protection.

“The overall wording of the rules means that it can be costly for the state to protect biodiversity. At the same time, financial resources are often limited. This may mean that effective bans and restrictions in various ongoing land uses may be difficult to put into practice.”

The following five bullet points are Anna Christiernsson's proposals for making the protection of biodiversity stronger. 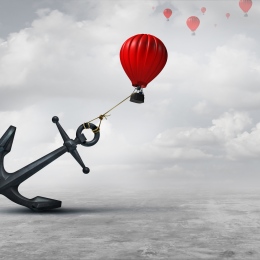