Ferdinando Sardella co-editor of "Handbook of Hinduism in Europe"

The two volumes "Handbook of Hinduism in Europe" is the first academic study of Hinduism in all the countries of Europe. Associate Professor Ferdinando Sardella of ERG is co-editor of the volumes.

The 65 chapter and more than 1600 pages of the volumes portray and analyse the manifestations of Hinduism in Europe in the past and present and how Hinduism has expanded in Europe. The volumes published in 2020 present the histories of a large plurality of Hindu traditions and societies on the European continent and many of them have a long history in Europe. The developments the last 50 years represent however a new stage in the history of Hinduism in Europe. Globalization and ease of communication have made Hinduism to one of the main religions in Europe with a Hindu presence in every country. The editors are Ferdinando Sardella from the History of Religions at ERG (Ethnology, History of Religions and Gender Studies) at Stockholm University and Knut A. Jacobsen, Professor at Department of Archeology, History, Cultural Studies and Religion at the University of Bergen, Norway. 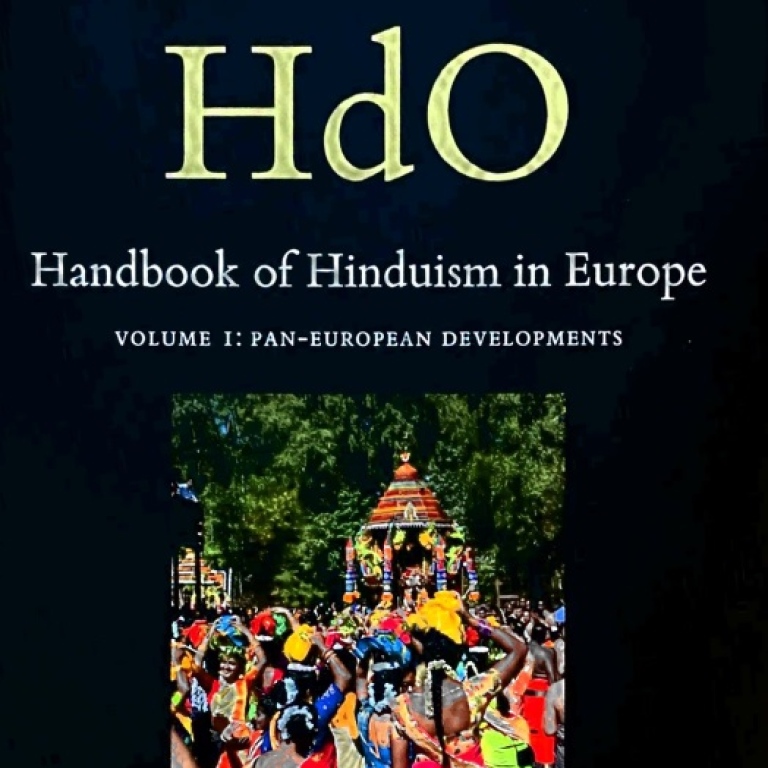 Handbook of Hinduism in Europe

One main difference is between Hinduism in Western Europe and in Eastern Europe. In Western Europe there is a consolidation of Hinduism, while in Eastern Europe it is more correct to describe the situation as an emergence of Hinduism after the fall of communism. In Western Europe the majority of Hindus have family background from India, Sri Lanka, Nepal, Afghanistan, and from other South Asian countries, and in England a large percentage are “twice migrants” who arrived from Africa, most from Gujarat. Hundreds of Hindu temples have given the Hindu deities permanent homes in Europe, and some of the temples have furthermore become places of pilgrimage. In Eastern Europe the typical development is increased support for global Hindu movements, often guru and meditation oriented, and with ISKCON (Krishnarörelse) as an important player.

The book project was started initially by the conference Hinduism in Europe (26-28 April 2017) organised by Ferdinando Sardella and Knut A. Jacobsen. The conference was funded by the Swedish Research Council (Vetenskapsrådet) and the ERG at Stockholm University.

Ferdinando Sardella and Knut A. Jacobsen

Source: Department of Ethnology, History of Religions and Gender Studies