From bored intern to global fame: The Swedish peace campaigner changing the world

In the 21st century, humanity is threatened by climate change and pandemic disease. But nor has the often-overlooked issue of nuclear weapons gone away, while disinformation spread via social media is creating new crises. 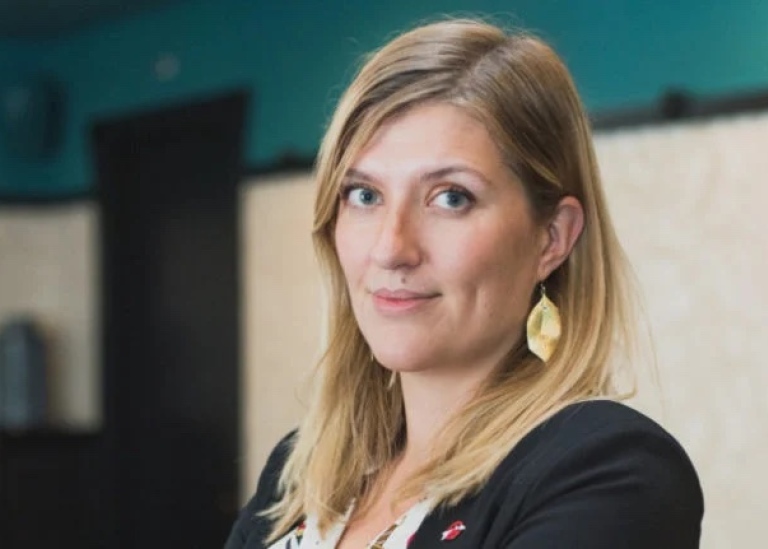 Beatrice Fihn, Executive Director of the International Campaign to Abolish Nuclear Weapons (ICAN), talks about her fears on both the nuclear threat – and the potential for social media to undermine democracy in a way that “a big radioactive bomb” simply cannot counter.

The power to build a progressive world

When Beatrice Fihn started an internship during her time studying International Relations at Stockholm University, she was disappointed to learn it would focus on nuclear weapons. “I thought it was super-boring at first,” she admits.

“I thought ‘Really? Do they still exist?’ It seemed like an old, Cold War problem. I cared about the climate, human rights, women’s rights, and I thought it was separate from that.”

She could never have imagined that less than a decade later in 2017, she’d be accepting the Nobel Peace Prize for her work with the International Campaign to Abolish Nuclear Weapons (ICAN). But that’s exactly what happened.

The internship, at the Women’s International League for Peace and Freedom in Geneva, allowed her to see the world in a new light – and set her on a path she continues to pursue with dedication today.

“When I started working on the issue, I realised it was a real, massive existential threat that we’ve forgotten to deal with,” Fihn recalls. “It’s a fundamental part of the power structures in the world.”

She has been ICAN’s Executive Director since 2013, working to mobilise civil society through the Treaty on the Prohibition of Nuclear Weapons. Four years after ICAN’s award, how does she view the Nobel Prize’s role in addressing the world’s big challenges?

Fihn praises the “aspiration to look at people and organisations who make a real contribution to taking the world forward”. A Nobel Prize can strengthen “fragile” progress being made on global issues through the use of international law, multilateralism and diplomacy, she says. Fihn sees this as particularly vital today amid concern that resurgent nationalism could derail co-operation on climate change, infectious diseases, and nuclear weapons.

“The consequences of these things are not going to stop at borders, so it really is everyone’s responsibility,” Fihn states. “We have to figure out a way to shape the behaviour of the powerful and constrain them.”

She praises the ability of the Norwegian Nobel Committee (which awards the Peace Prize) to “pick up on trends” and “lend a platform to actors who try to fight negative trends”. 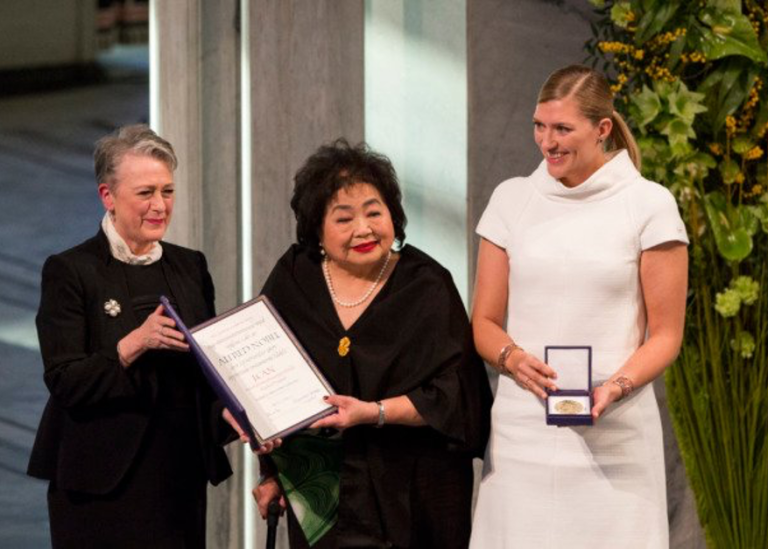 The future of the Nobel Prizes

All of this, along with the information overload we all face, makes the Nobel Prize more relevant than ever, she believes. “Today anyone can publish anything,” she says. “I think there’s still a need for something that looks deeper into the issues and isn’t about who gets the most clicks and engagement on social media.

“The issue of nuclear weapons is very under-reported in the media. The Nobel Prize has that potential to lift up things that might have been missed otherwise. Not everything has to be in a Tweet format.”

Indeed, while she herself didn’t appreciate the importance of the nuclear issue in her younger years, she now warns: “If we’re going to have them forever, they’re going to be used. Yet Russia today can destablise the US with some Facebook accounts. That’s the future of warfare we’re seeing, manipulating opinions and destabilising our trust in democracy and institutions. A big radioactive bomb isn’t fighting that.”

So what progress is ICAN, a coalition of non-governmental organisations in over 100 countries, making? There are now 86 signatories to the treaty and 56 countries that have ratified it.

“We’ve utilised the Nobel Prize to build a stronger movement against nuclear weapons,” she says. “Of course, a Nobel Peace Prize isn’t going to convince [all world leaders] to get rid of their nuclear weapons. But we’re working with the treaty to remove their status and make this shameful, like chemical or biological weapons. Without the strong movement we now have, we would be in a much more dangerous situation.”

This article is an edited version of a text that first appeared on thelocal.se. Text by Robin Yapp.