With much sorrow we have to report that Kim Skjoldager-Nielsen died on 6 January 2022. We turn to his wife, Daria Skjoldager-Nielsen, and their son, Edward, with our sincere condolences. The department has lost an energetic, generous and very knowledgeable colleague and the international community of theatre and performance scholars will long miss the inventive and driving force of Kim. 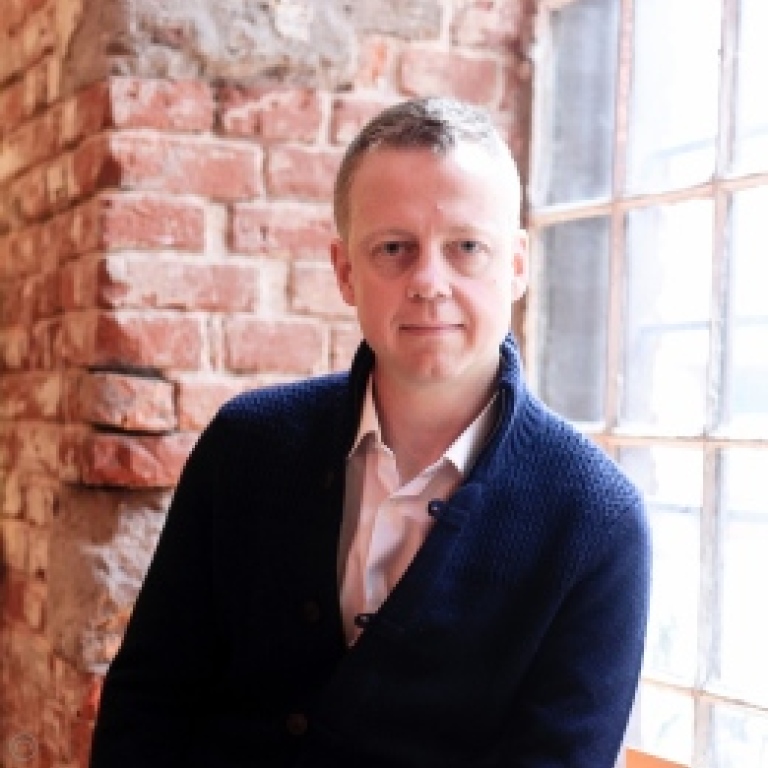 Kim came to the Department of Culture and Aesthetics in 2011 to begin his doctoral courses in theatre studies. He had completed his Master’s studies at the University of Copenhagen and in the 1990s he was actively engaged in Danish avant-garde productions.

While he pursued his PhD studies he was engaged in the Association of Nordic Theatre Studies (ANTS) and was a member of its board from 2007 until now. Between 2012 and 2016 he was the chairman of ANTS. He was also active in the International Federation for Theatre Research (IFTR). In 2011 he co-founded the working group “Performance, Religion and Spirituality” and remained its convener together with Josh Edelman until 2018. From 2017 until 2021 he was a member of IFTR’s Executive Committee.

In October 2018, Kim defended his dissertation, entitled Over the Threshold, Into the World: Experiences of Transcendence in the Context of Staged Events. Kim received much attention and praise for his dissertation. Most recently, a review by Samuel T. Shanks in the journal Performance, Religion and Spirituality offered a very enthusiastic evaluation of Kim’s work.

During his time as a doctoral student and after receiving his degree, Kim taught regularly at the department in Stockholm as well as in Lodz, Poland. However, in the fall of 2019 an advanced brain tumour was discovered. Kim continued his efforts in writing and teaching until shortly before his death. Now it is up to us as his colleagues and friends to preserve and develop Kim’s ideas and achievements.

To collect memories of Edward’s father Kim, please send them to dearkimek@gmail.com.

A memorial book for Kim can be found on the round table in Prof. Meike Wagner’s room.

Source: Department of Culture and Aesthetics