In the wake of COP26

The 26th UN Climate Change Conference (COP26) in Glasgow has now come to a close. The negotiations were long and hard, and it will take some time to analyse exactly what the countries agreed to and how it can strengthen global cooperation to achieve the goal of limiting global warming to 1.5 degrees Celsius.

Whether the meeting should be considered a success depends on who you ask. It is clear, however, that several important results were achieved. For the first time, fossil energy sources are mentioned by name in a final document from the climate negotiations, which partly changes the game plan in terms of work with and responsibility for reducing emissions. There is also unambiguous wording about the need to accelerate the reduction in the use of coal (although the final wording, to the disappointment of many, became “phase down” instead of “phase out”) and to reduce subsidies for fossil fuels. The issue of climate adaptation also received more attention than it has in the past, which is clearly the result of the worsening effects of various types of extreme weather that have been observed in recent years. The countries must now work to develop a global goal for climate adaptation and increase funding for the poorest countries, which are hit the hardest. Another important development was that the Paris Agreement’s rulebook was finally completed after many years of complicated negotiations. This means that there is now a clearly established framework for global cooperation, which is especially important when it comes to guiding investments and steering funding in the right direction.

At the same time, several analyses show that the commitments presented in the countries’ national plans are not enough to achieve the goal and that the pace of change is far too slow. Financial issues continue to cast a cloud over negotiations, not least with regard to the complicated issue of costs for direct losses and damages and who is responsible for paying these costs. When it comes to several of the important initiatives that were presented, such as the work to ensure an end to global deforestation by 2030 and to reduce methane emissions, it is about “coming up to proof”. Will the countries deliver results in accordance with their promises, and how can this be monitored?
The question is whether global meetings of this kind have any significance for us as a university? I believe so. Just as there is a growing expectation that a country like Sweden should be at the forefront when it comes to the transition to a fossil-free economy, there is an expectation for universities to do the same. This was the basis for Stockholm University’s decision on a Climate Roadmap in December 2020. We are committed to be carbon neutral by 2040, which means that greenhouse gas emissions must be reduced by an average of five percent per year over the next 20 years. More and more universities in Sweden and around the world are pushing in the same direction, and SUHF (The Association of Swedish Higher Education Institutions) has just decided on recommendations for a climate framework.

But above all, we are reminded of the core mission of universities: to deliver high-quality research and higher education. It is a mission that relates directly to all the challenges, and potential solutions, that have framed the discussions at COP26. Stockholm University is home to strong climate-related research that includes both the natural sciences and human sciences, and a number of researchers from the university participated in the summit. Through collaborations in Sweden and internationally, we contribute our knowledge and expertise to enable society to better manage climate change – and at the same time, increase the pace of development towards a fossil-free, resource-efficient society. Our education programmes help lay the foundation for the knowledge society of tomorrow. Students who graduate from the university today will be in the middle of their careers when Sweden and the world are expected to reach the climate goals. This highlights the tremendous responsibility we have as a university, here and now, to develop the skills needed to achieve the goals. 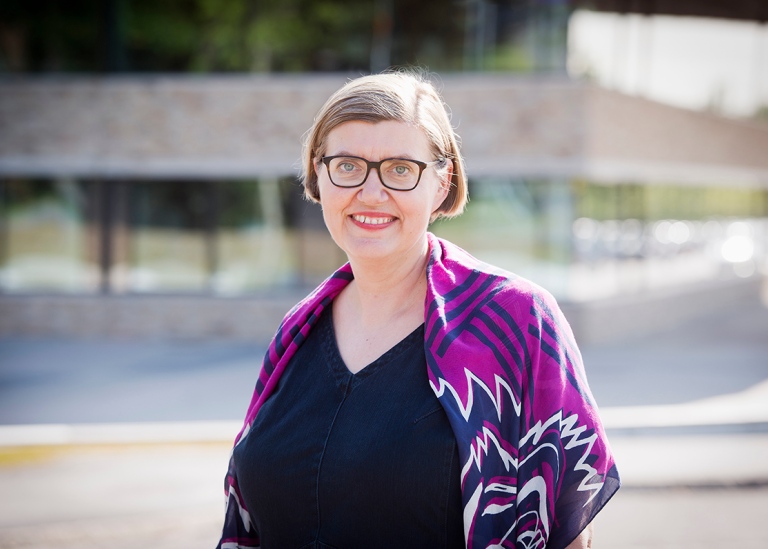