Mona Hatoum at Accelerator: So Much I Want to Say

In the spring of 2022, Mona Hatoum’s work will be presented concurrently in two Stockholm institutions: Accelerator at Stockholm University and Magasin III Museum for Contemporary Art in Frihamnen. Since the early 1990s, Mona Hatoum has been regarded as one of the most significant artists of our time. Working in the areas of installation, sculpture, performance, photography and video, she has consistently explored issues of the familiar and strange, home and exile, memory and loss. 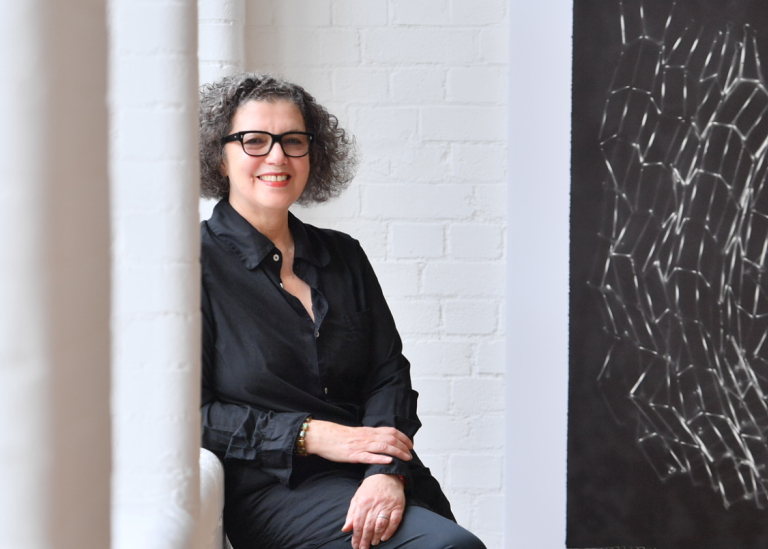 In Accelerator’s exhibition So Much I Want to Say, the installation Undercurrent (2004) takes centre stage. This work was created in Stockholm in 2004 specifically for her solo exhibition at Magasin III. Alongside this expansive installation, a video documentation of a street performance Roadworks, 1985, and a video work entitled So much I want to say, 1983, will be presented. The videos give a glimpse of the early performance and video work the artist was engaged in during the 1980s. The exhibition runs from 19 February to 19 June 2022.

Mona Hatoum’s early works were explicitly political and influenced by her experience of dislocated existence. Although the political dimension continues to play a role in her art, the installation and sculptural works have acquired a more ambiguous and indirect strategy where concepts and ideas are articulated through the formal and material reality of her objects and environments.

“Mona Hatoum’s exhibition at Accelerator brings the work of one of the most influential contemporary artists to our campus and gives us the opportunity to explore some of the themes and concepts in her artistic practice. We look forward to offering our visitors an opportunity to experience her art, as well as partake in discussions on subjects such as the individual and society, belonging and alienation, home and dislocation. Accelerator aims to continue to be a space for interaction and social discussion,” explains Richard Julin, artistic director of Accelerator and curator of the So Much I Want to Say exhibition.

In parallel with So Much I Want to Say, Magasin III will present the exhibition Mona Hatoum – Revisit, that will present a specially produced new installation alongside several early works. The exhibition is curated by Olga Krzeszowiec Malmsten, curator at Magasin III.

“Presenting Mona Hatoum’s works concurrently in two institutions in Stockholm is a way of offering visitors various perspectives and an opportunity for in-depth exploration of her practice”, says Richard Julin. “Accelerator’s and Magasin III’s different audiences and contexts offer alternative ways of approaching Hatoum’s multifaceted work, which is often engaged with current political and social themes.” 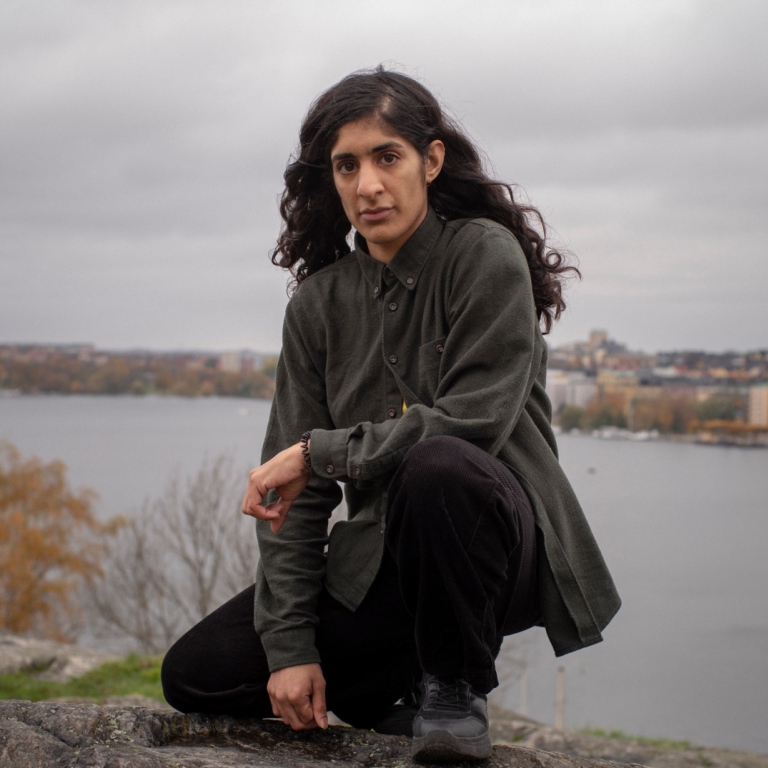 In the spring, Accelerator will also present an exhibition of the work of Hanni Kamaly, opening on 19 March 2022. Born in 1988, in Norway, Hanni Kamaly was educated at Malmö Art Academy, the Bergen Academy of Art and Design and the International Academy of Art Palestine in Ramallah. Currently based in Sweden, Kamaly has exhibited at Moderna Museet, Malmö; Index, Stockholm; Ginerva Gambino, Cologne; and the Luleå Biennial.

Accelerator and Magasin III have a long shared history. The idea of creating an art gallery at Stockholm University has its roots in the Master programme Curating Art, and in conversations between the university and Magasin III. The project was instituted in 2015 by the university’s president and the gallery is housed in a previous subterranean laboratory for research into accelerator physics. The impelling force behind Accelerator is an ambition to contribute to an open and democratic society by allowing art to spur conversations and interdisciplinary dialogue. Tasked with actively collaborating with civil society, Accelerator was inaugurated in September 2019 and is part of Stockholm University. Magasin III Museum for Contemporary Art and the Robert Weil Family Foundation are Founding Patrons of the art gallery.