Scientists: Don’t look at the 1980's as a reference for the Baltic Sea

The photos of happy fishermen in the 1980's holding huge cods, almost larger than themselves, are iconic and often contrasted by a small meagre fishes caught today. But this period of time was an anomaly in the Baltic Sea history, and should not be regarded as a reference state, says scientists after having compiled and analysed large quantities of information from the last century.

The ecosystem in the Central Baltic Sea has undergone large changes in the 20th century related to climate variability and anthropogenic pressures, in particular eutrophication and commercial fisheries.  All of this together, has caused a series of regime shifts; and a general shift in the ecosystem functioning and food-web structure.

The Baltic Sea shows large variations when it comes to salinity and temperature. As low salinity is stressful for many organisms, these variations traditionally have had a large impact on Baltic Sea biota. During the second part of the 20th century, however, the deteriorated oxygen conditions in the Central Baltic Sea has gained larger impact on the ecosystem, for example by limiting the areas where cod can reproduce.

– One can say that the regulatory driver has switched from salinity to oxygen, says Maciej Tomczak, researcher at Stockholm University Baltic Sea Centre and lead author of the study Reference state, structure, regime shifts, and regulatory drivers in acoastal sea over the last century: The Central Baltic Sea case. 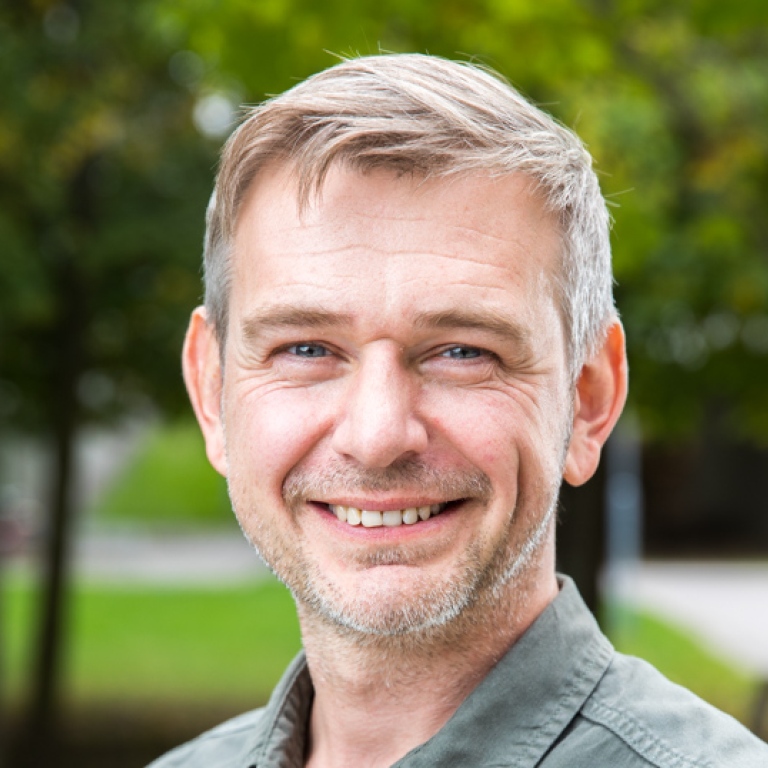 Maciej Tomczak and his colleagues have compiled a wide range of historical information, including fish biomasses, catches, climatic and hydrological factors, nutrient supply and primary production. Analyses of the combined data showed that the last decade of Central Baltic Sea history could be divided into two phases; the historical period (1925-1972) and the present period (1973-2005). The historical period was characterized by low production and oxic conditions, whereas the opposite; high production and anoxic conditions was significant for the present period.

It’s not possible to define the pristine conditions.

While the flounder, cod and sprat dominated periods all represent extraordinary events, with sharp increases and decreases of certain species important for the ecosystem functioning, the Reference period sets a baseline that could be used as goal for management.

– This should not be seen as a period with pristine conditions. In the Baltic Sea, that has been under exploitation and human impact for such a long time, it’s not possible to define the pristine conditions. But it was a period when the ecosystem was functioning quite well for a relatively long time without much ups and downs, says Maciej Tomczak. 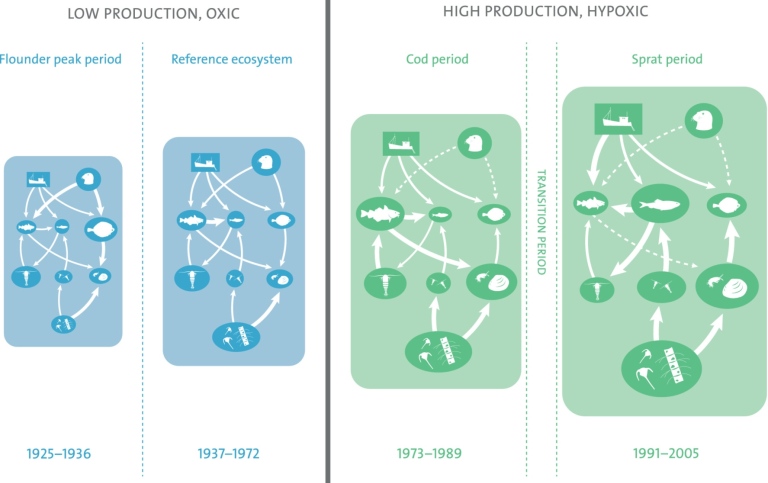 The researchers behind a new study on ecosystem structure in the Central Baltic Sea the last century have identified four different time periods. The total biomass has increased gradually during the whole century.

Since many series of measured data are derived from monitoring programs, that in many cases started in the mid 1970’s, this period is more commonly looked at as a reference. Also in the media, the 1980s are commonly referred to as the “good old time in the Baltic Sea”, when the cod fisheries flourished.

– But this is definitely not the period to refer to as a reference for management. We will most likely never be able to reach this kind of state now, because the ecosystem is different, says Maciej Tomczak.

What do you think the next period will be?

– It’s an open question, since so many factors interplay. Our paper context, our understanding of the ecosystem and recent data analysis indicate that we are still in the sprat period. However, with changing climate, anthropogenic pressures and non-native species, the ecosystem can swich to something novel – a state that we are not even expecting.

They researchers compiled large amounts of historical information, such as that of fish biomasses, catches, climatic and hydrological factors, nutrient supply and primary production.