Stockholm University signs the Declaration for a Strong Democracy 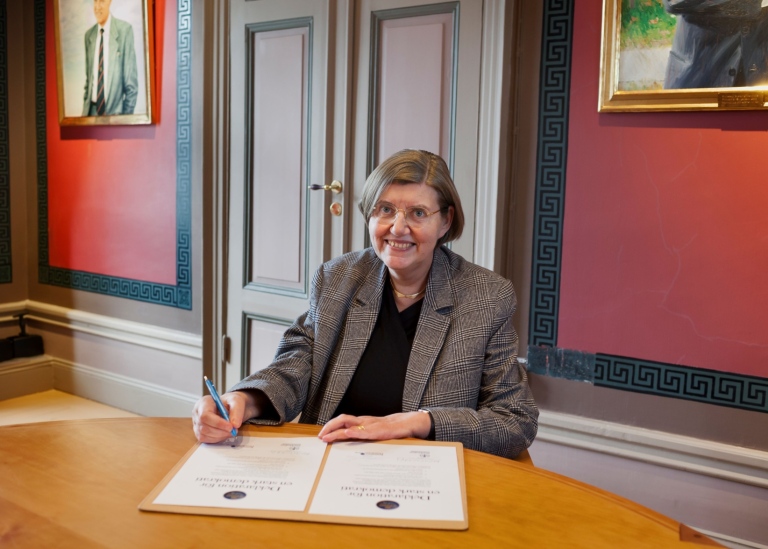 “Universities have a key role in the democratic society through their mission to impart knowledge and to freely seek new knowledge, where academic freedom is a requirement. Stockholm University wants to emphasize this by supporting the Declaration of Democracy”, says Astrid Söderbergh Widding, President of Stockholm University.

Among the commitments that Stockholm University has adopted it is stated that the university occupies a key position in the democratic society through research that creates and disseminates knowledge; research collaboration makes the university's capability and results available. Collaboration leads to mutual benefits through flows of ideas and knowledge, between the university and various actors in the surrounding society such as the cultural, business and the public sector and contributes to societal development, nationally as well as internationally.

The university has previously also identified 16 profile areas, each of which includes several strong research environments which includes extensive education. One of these profile areas is "Power, Democracy and Welfare". This includes, among other things, studies on climate change, migration and globalization and examines how these affects and are affected by management and governance at different levels as well as by the various institutions of democracy.

You may read the complete Stockholm University commitment by clicking here.

Read more about The Committee for a Strong Democracy at https://vardemokrati.se/english/.