Since July, the requirements for obtaining a permanent residence permit in Sweden have been tightened. The changes jeopardize our competitiveness as a research nation, according to Stockholm University President Astrid Söderbergh Widding. 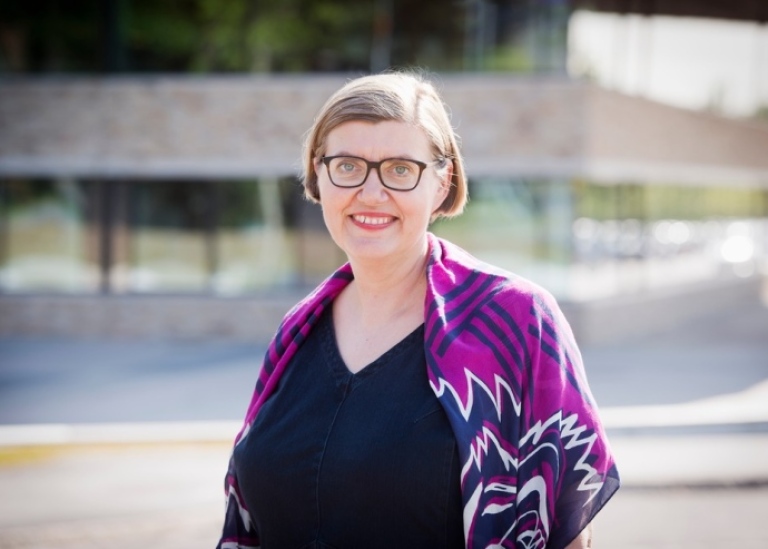 In July, the Swedish migration legislation was changed making it more difficult to obtain a permanent residence permit. The changes were added as a way to tighten asylum immigration but will also affect foreign doctoral students and postdocs.

In the consultation round for the law change this spring, sharp criticism came from higher education institutions (including Stockholm University), trade unions and others. That criticism has now become even stronger and attracted media attention. The critics mainly focus on the requirement of at least 18 months' employment contract for non-Europeans who are granted a permanent residence permit. Since employment in the academic world often runs for one year at a time, this affects many doctoral students and postdocs, who now do not know how long they can stay in Sweden.

The change in the law does not contain any transitional rules. All decisions made on July 20 or later are based on the new rules, regardless of when the application was submitted. The Parliament´s decision further states that requirements for knowledge of Swedish and social studies may come in the future in order to be granted a permanent residence permit.

How many are affected is difficult to give an exact figure on. In Sweden, higher education institutions do not keep records of students and employees' descent. According to a calculation from Statistics Sweden from 2019, there were then around 17,000 doctoral students in the whole country. Of those who began their doctoral studies in 2019, 1,250, or 40 percent, were foreign. In an article by the TT news agency, Stockholm University President Astrid Söderbergh Widding estimates that about half of the doctoral students at Stockholm University are international.

Astrid Söderbergh Widding is strongly critical of the changes in the legislation and warns of the effects.

“The changes in the Aliens Act are extremely problematic and risk having fatal consequences for international doctoral students, postdocs and other researchers and thereby jeopardizing Sweden's international competitiveness as a research nation. Already in our consultation response, Stockholm University was critical of the proposed changes.”

Astrid Söderbergh Widding has also blogged about the issue and points out that the government in the research policy bill from December 2020 aims to increase the proportion of foreign doctoral students staying in Sweden. But the new requirements in the Aliens Act risk pulling the rug from under many doctoral students and young researchers who are not Swedish citizens.

“What is at risk here is not only an actual loss of skills, but also Sweden’s long-term reputation as an attractive education and research nation. Not only doctoral students and junior researchers, but also master’s students, will probably get cold feet when the rumour of these worsening conditions spreads internationally. This will mean a loss of talent and competence that Sweden cannot afford,” writes Astrid Söderbergh Widding.

As chair of the Association of Swedish Higher Education Institutions (SUHF), Astrid Söderbergh Widding has worked on the issue on behalf of the entire sector. SUHF has submitted a letter to the Government Offices in which the organization points out the major problems that the changes are causing.

Claes Strandlund, section manager at the Human Resources Office, says that so far they have not noticed any direct effects of the change, even though the issue is being discussed extensively within the University and the sector in general. In a few isolated cases, institutions have contacted the Human Resources Office, primarily regarding concerns among doctoral students close to dissertation, who are now faced with changed rules at the same time as they try to finish their studies.

Claes Strandlund's advice to international doctoral students and researchers who feel anxious is to seek information about what the change means and the alternatives available, for example the so-called jobseeker's permits.

“It is also important to have realistic expectations of what we as employers can achieve in individual cases. This is now the Swedish legislation that the Swedish Migration Agency in turn has to follow and Stockholm University does not have control over decisions made. To deal with concerns, there is the opportunity for support calls at the occupational health service.”

The Human Resources Office works together with other higher education institutions within the framework of, for example, the Euraxess network to try to understand the consequences and draw common conclusions, among other things through meetings with the Swedish Migration Board.

Information on the University’s website regarding changes to the Aliens Act (in Swedish).

* For those who do not meet the special requirements for a permanent residence permit, it is possible to obtain a continued temporary residence permit, if those requirements are met. However, a residence permit for doctoral studies cannot be extended after a dissertation. If a new job is not available immediately after the dissertation or completed research project, an alternative may be to apply for a residence permit to stay in Sweden for 12 months after completing studies or completed research. It may also be possible to apply for a position as a permanent resident, if you have lived in Sweden for five years without interruption.