SU Law gets donation to arbitration and public international law

Faculty of Law, Stockholm University, has the honor to host the archives of Judge Lagergren and to preserve them for future generations. The Most of the donated books and documents will be available to students and researchers in the Arbitration Library at the Faculty of Law 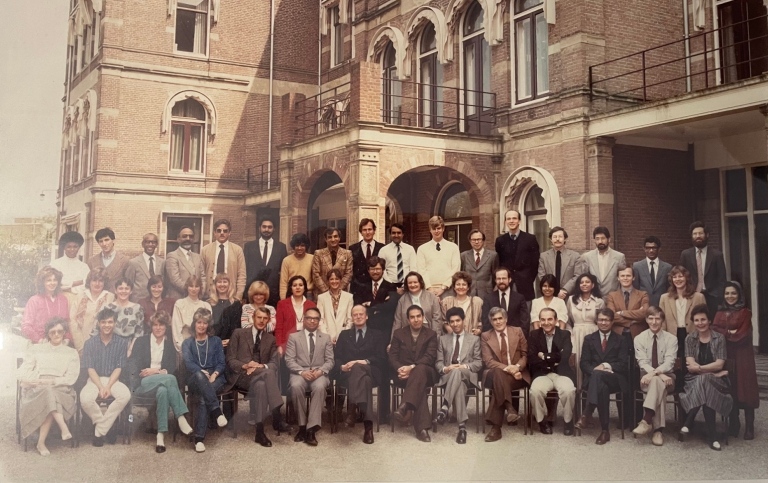 The newly (at that time) established Iran-US Claims Tribunal, under the presidency of Judge Lagergren.

Gunnar Lagergren is also an emblematic personality of public international law: as judge of the European Court of Human Rights and of the International Court of Justice in Tangier, he later had the difficult task of being the first president of the Iran-US Claims Tribunal. 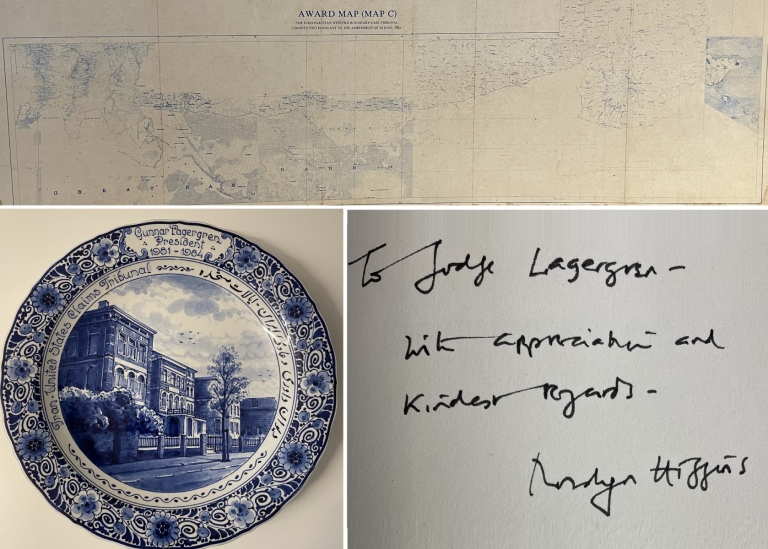 Photos from the donated archives: the map of the Rann of Kutch arbitration (the border dispute between India and Pakistan), the plate given by the Iran US Claims Tribunal upon Judge Lagergren leave and a dedication from a book written by Baroness Roslyn Higgins (the first female judge elected to the ICJ, and the first female president in 2006).

Lagergren was born on August 23, 1912 and lived to the end of December 2008. The donation of his archive was facilitated by the Arbitration Institute of the Stockholm Chamber of Commerce (one of the world's leading arbitral institution, in short: SCC), represented by Kristin Campbell-Wilson, Secretary General. The donation was possible with the tremendous support of Nane Annan, Mi Ankarcrona, Bengt Lagergren and Astri Lidman, Judge Lagergren's children.

– That SU Law is selected to host the archives of Judge Lagergren and to preserve them for future generations is, beyond doubt, a confirmation of the international recognition of the Faculty of Law and of its arbitration and public international law subjects. It is a true honor, says Crina Baltag who is one of the co-directors of the ICAL LLM program.

Do you want to take part in the archives?

The archives of Judge Lagergren will stay (at least most of it) in the Arbitration Library at the Faculty of Law, Stockholm University. Contact Crina Baltag or Daria Kozlowska Rautiainen if you want to know more about how to take part in it.