This spring, Justice Agneta Bäcklund handed the Swedish Government an official report on how to modernize and streamline the regulations for security guards in Sweden. The bill proposal draws on strong criticism from Amnesty International – criticism issued in a report supported by a degree thesis at SULaw by Makda Tesfamichael. 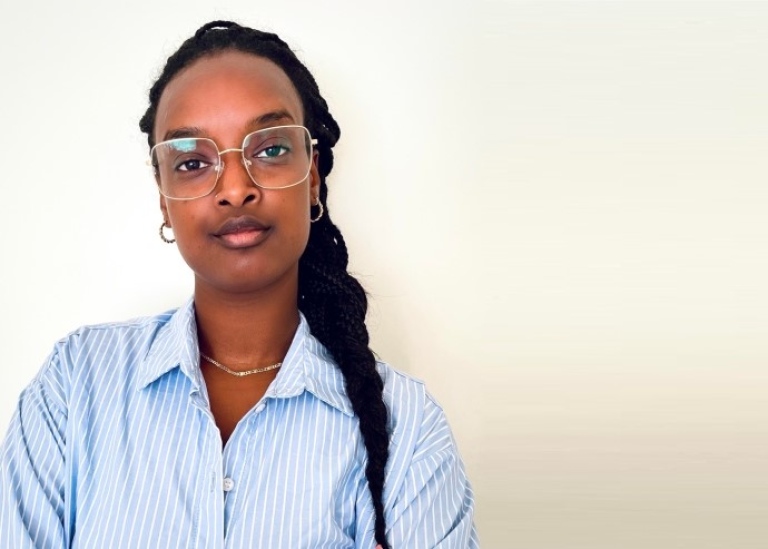 Makda Tesfamichael graduated from her law studies in 2021. She started working at Amnesty International as an intern in international law and later as campaign leader for women and LGBTQI rights. (Photo: Private)

Makda Tesfamichael began studying on the Swedish law programme in 2016. After 3 years of studies in Stockholm and a study exchange in Lisbon in 2018, it was then time for her to write her degree thesis to complete her education. Makda was then given the opportunity to do so in connection with an internship at Amnesty International. There, the issue surrounding security guards’ often violent interventions, likely on account of people’s race or ethnicity, had raised concern for a while and it was felt that this issue needed to be investigated further through a pilot project.

The report was heard

Justice Bäcklund listened to the criticism with attention. This is clearly noticeable in the Official Government Report SOU 2021:38, as Amnesty's own report is repeatedly referred to as a basis for several of the proposals. Among other things, it recommends that enhanced training for security guards be introduced and that an explicit proportionality provision be added in the legislation. Amnesty points out that in several cases, such proportionality is missing today, on the one hand from the security guards and the violence they may exert during interventions, and on the other from the judiciary itself, in subsequent criminal proceedings on such cases.

- Despite the fact that the bill proposal contains some problematic aspects, I am incredibly happy that the criticism we have directed at the current legislation based on our review has been taken into consideration. An explicit proportionality provision, which would emphasize the importance of the violence in proportion to its purposes, is one of several changes needed to prevent people discriminated against on account of their race or ethnicity from being subjected to even more violence, says Makda.