Winners of the Stockholm Prize in Criminology 2021 and 2022 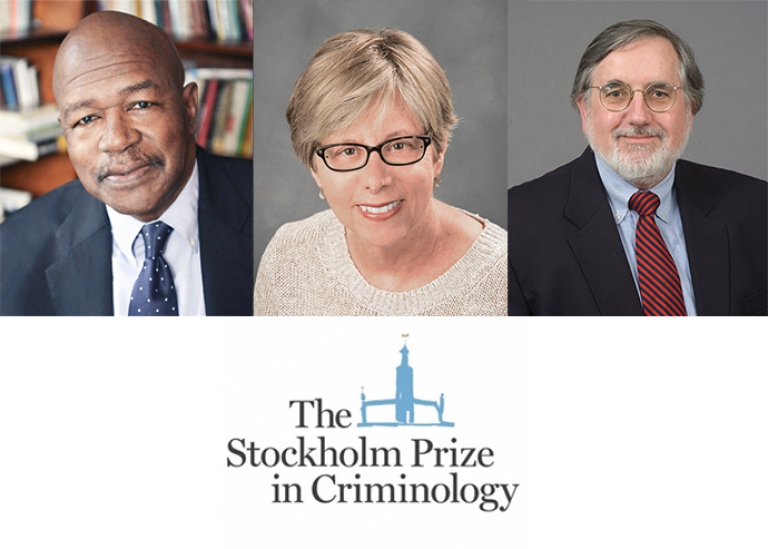 Elijah Anderson, Peggy C. Giordano and Francis T. Cullen have been awarded the Stockholm Prize in Criminology 2021 and 2022.

The Stockholm Prize in Criminology is the world's most prestigious award in the field of criminology. The prize has been awarded since 2006, and recognizes outstanding achievements in criminological research or for the application of research results by practitioners for the reduction of crime and the advancement of human rights. The prize is awarded annually and amounts in 2021 to SEK 1 million.

The 2021 Stockholm Prize in Criminology lauds Elijah Anderson, USA, for his observations and analyzes of mechanisms behind violence in socially, economically and ethnically segregated areas that have greatly contributed to our understanding of how different types of social interactions among young people lead to violence.

The dynamics of interactions that lead to violence 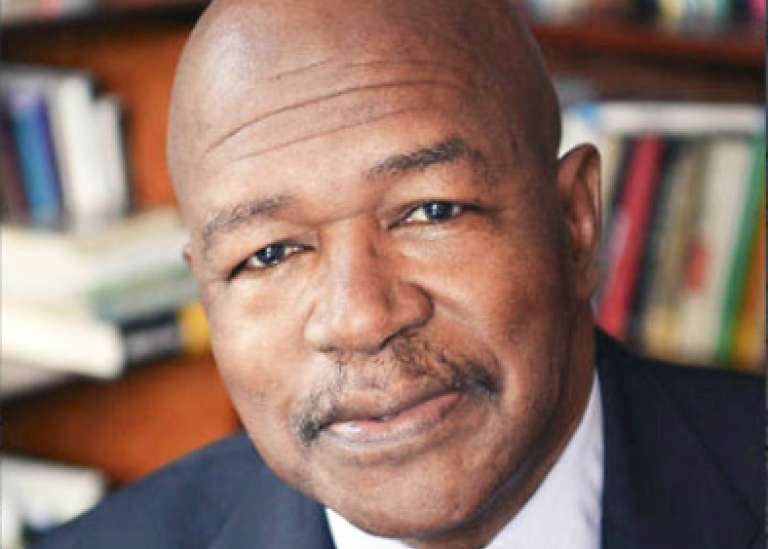 The research conducted by 2021 Stockholm Criminology laureate, Elijah Anderson, has considerably improved our understanding of the dynamics of interactions among young men and women that lead to violence, even among good friends. His years of immersion in street life in Chicago and Philadelphia provide a social microscope for understanding the consequences of prejudice and blocked opportunities through the eyes of people growing up in those areas. His widely-acclaimed books have attracted a wide readership and substantial scholarly influence, as his work has become a key link in the chaining of understanding high rates of violence in specific neighborhoods.

Putting a stop to crime early in a criminal career

The 2022 Stockholm Criminology laureates, Francis T. Cullen and Peggy C. Giordano working independently over decades, have made closely linked demonstrations of what works in reducing repeat offending and why it works. 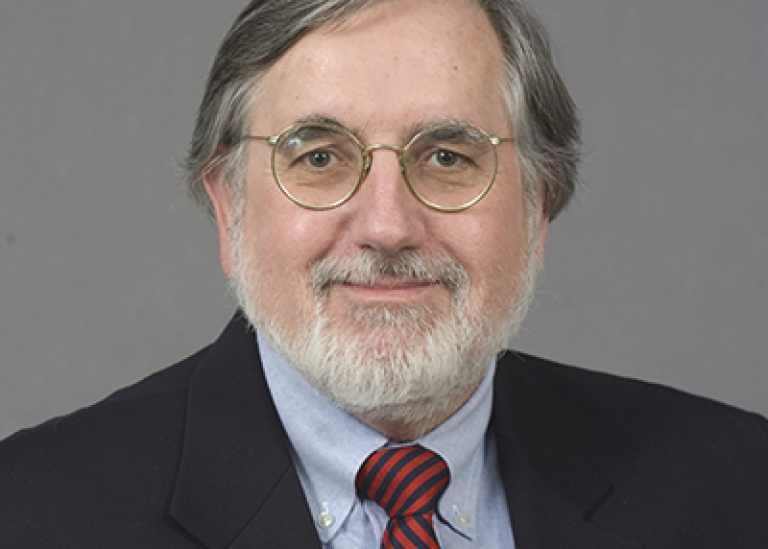 University of Cincinnati Professor Francis T. Cullen has spent decades reviewing the evidence that while prison per se does not reduce repeat offending, rehabilitation programs linked to criminal sentences can be very effective in stopping a life in crime. He has used this evidence, from a wide variety of tests, to become the leader of a scholarly campaign to “save rehabilitation” from budget cuts and political mandates. His own scholarship on the importance of both control and support of ex-offenders in the community has been globally influential in showing what works. 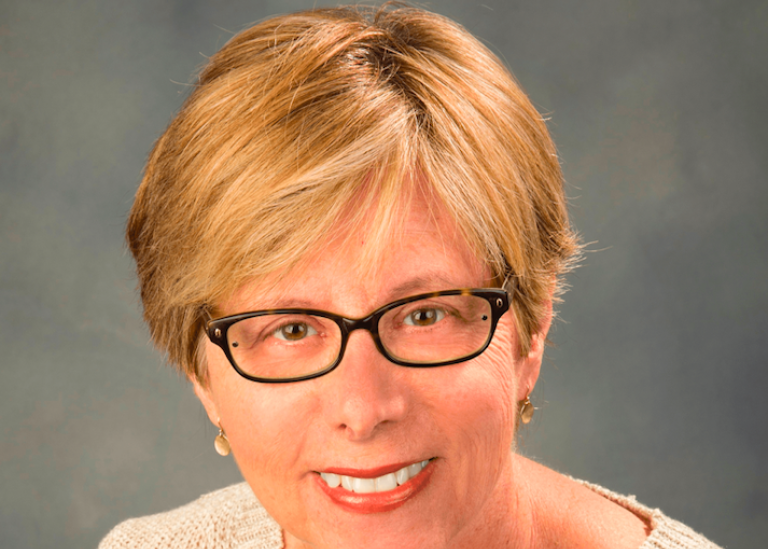 Professor Peggy C. Giordano and her colleagues have studied hundreds of young offenders to learn why some stop reoffending while others persist. Her team’s evidence reveals the pattern of “cognitive transformation” that is usually found among successful desistance from crime, but not among those who persist. This pattern, which can be prompted and cultivated by rehabilitation programs, has been widely accepted as showing a strong explanation of why those programs work.

Both scholars have considerably improved our understanding of the requirements for putting a stop to crime early in a criminal career, as well as in later years. At a time in which prisons, probation and parole are threatened by COVID cases that can suspend rehabilitation programs, their work suggests the importance of maintaining close links to offenders by any means possible. Their studies show that if governments cut back on such programs, they may do so at the peril of affected communities. Recent increases in homicide rates in the USA indicate the fragility of the current context. Decades of research by the Prize Laureates demonstrate the great value of sustaining rehabilitative services.

About the award winners

Elijah Anderson (2021) is the Sterling Professor of Sociology and of African American Studies at Yale University, where he teaches and directs the Urban Ethnography Project. Born in 1943 in Missouri, Anderson received his B.A. from Indiana University Bloomington, his M.A. from the University of Chicago and his Ph.D from Northwestern University.

Francis T. Cullen (2022) is Distinguished Research Professor Emeritus at the University of Cincinnati's School of Criminal Justice. Born in Boston in 1951, he received his B.A. from Bridgewater State College, and his M.A. and Ph.D. in sociology and education from Columbia University. He has taught at the University of Cincinnati since 1982. He has served as President of both the Academy of Criminal Justice Sciences (1993-4) and the American Society of Criminology (2003-4). He received the Sutherland Award of the ASC in 2010, and has served as editor of both Justice Quarterly and the Journal of Crime and Justice.

Peggy C. Giordano (2022) is Distinguished Research Professor Emeritus of Sociology, Bowling Green State University, where she has taught since 1974. She earned all her degrees in sociology: BA from University of Missouri, M.A. and Ph.D. from the University of Minnesota. Her research has been focused on adolescent and young adult problem behaviors, particularly juvenile delinquency and intimate partner violence.

The Stockholm Prize in Criminology

The Stockholm Prize in Criminology is an international prize established under the aegis of the Swedish Ministry of Justice and with major contributions from the Torsten Söderberg Foundation. The prize is awarded for outstanding achievements in criminological research or for the application of research results by practitioners for the reduction of crime and the advancement of human rights.

The objectives of the prize are to promote the development of: improved knowledge of the causes of crime at an individual and structural level, more effective and humane public policies for dealing with criminal offenders, greater knowledge of alternative crime prevention strategies inside and outside the judicial system, policies for helping the victims of crime, better ways to reduce the global problem of illegal or abusive practices that may occur in the administration of justice.

The prize was presented for the first time in June 2006 at the City Hall in Stockholm, with the Jerry Lee Foundation as the original donor. The prize ceremony has been held every year since then, always in conjunction with the 3-day Stockholm Criminology Symposium organized by the Swedish National Council on Crime Prevention. It is awarded annually and amounts in 2021 to 1,000,000 SEK. Due to the pandemic no winner was announced for 2021 until now, a year later than usual. It will be awarded together with prize for 2022 in Stockholm in June of 2022 in the city hall.

More information about the Prize and its winners since 2006 can be found at: www.su.se/criminologyprize or https://www.criminologysymposium.com