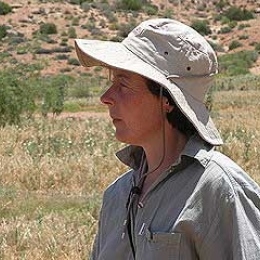 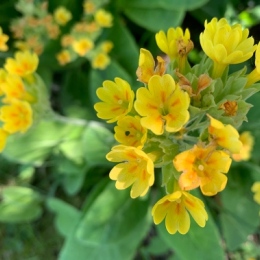 Read more about
Links
The Biogeography and Geomatics Unit
Files

My research deals with the dynamics of landscapes, where social and ecological processes interact over space and time, and how they have shaped and continuously reshape the landscape and influence human land use. Two broad themes have become increasingly important in my research; the development and application of an interdisciplinary approach and the insights gained from applying a historical perspective on present-day landscape dynamics. In my research I often combine methods from different disciplines, e.g. by making use of aerial photograph interpretation, soil and vegetation mapping, historical documentation, interviews and oral history. I work within the field of environmental geography and much of my research deals with the perceptions and utilisation of landscapes and the natural resources within them. Over the last few years I have become increasingly interested in the issue of conservation and how this relates to other interests and demands on the environment, such as natural resource use by local communities. Most of my research has so far been conducted in Southern Africa, but I am now also involved in research in Sweden. Here I want to bring insights that I have gained in southern Africa in terms of methods used as well as about actual processes of interaction between society and the environment and apply this on Swedish conditions and situations. One aspect of this is to conduct comparative studies between different regions, such as South Africa and Sweden. I believe there is much to be gained by combining lessons learnt from different areas and regions – that often may share many more similarities than we at first suspect.

I am involved in a couple of research programmes in collaboration with researchers from other universities and disciplines. One deals with the social and ecological dynamics in the Mkuze wetlands, South Africa; and the other with landscape change and management in Sweden. Apart from these programmes, I am also involved in a study that aims to explore the practice of the right of public access to landscapes and resources. This study will apply a historical and comparative perspective to explore the present day importance of public access to long-term sustainable management of landscapes in a Swedish and Scottish context. Linked to this I am interested in the issue of conservation versus development and how this is played out in a Swedish context. To this end I have supervised a couple of Master studies that have investigated the purpose and role of some of the World Heritage Sites in Sweden.

Although my most of my time now is devoted to research, including supervision of students and PhD students, I also am involved to a limited extent with teaching. This includes lectures for a number of geography and human geography courses where my role usually is to make use of my research experiences and provide the students with examples from an African context and from an interdisciplinary perspective. For the last couple of years I have been heavily involved with the development of parts of a new MSc course, Natural Resource Management, Governance and Globalisation, at the Center for Transdisciplinary Environmental Research at Stockholm university.

Show all publications by Annika Dahlberg at Stockholm University

Read more about
Links
The Biogeography and Geomatics Unit
Files