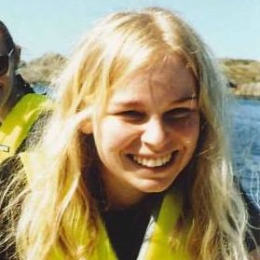 I am currently a postdoc in Johan Eklöf’s group. I have a broad interest in marine ecology and using mathematical modelling to increase our understanding of the marine environment and our ability to protect it. For more info and publications, see ResearchGate.

The small, mesopredatory three-spined stickleback has increased dramatically in the Baltic Sea in recent years. The stickleback is prey for predatory fish such as pike and perch, but in turn predate on the eggs and larvae of pike and perch. When sticklebacks are sufficiently abundant, this predator-prey reversal results in the shared spawning bays being completely dominated by stickleback juveniles at the end of summer, with juveniles of pike and perch virtually absent. Along the Swedish Baltic Sea coast, the number of spawning bays dominated by sticklebacks has increased rapidly since the beginning of the 2000s, and this stickleback dominance has also spread from the outer archipelago towards the coast like a veritable “stickleback wave”, with large impacts on the coastal ecosystem (see Eklöf et al. 2020).