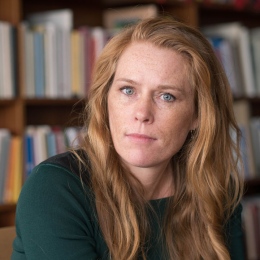 My research deals with the everyday conditions and shifts in the Swedish 1500s and 1600s. I'm interested in how society was organized at the local level, how people interacted with each other, what kind of conflicts arose, how they were driven, and dissolved.

The thesis Urban Community resources and conditions: societal and welfare efforts in Linköping 1600-1620 (Stadsgemenskapens resurser och villkor: samhällssyn och välfärdssträvanden i Linköping 1600–1620 Linköping 2005) as well as recent studies uses a social and cultural perspective. In The miscreants: crimes and human destinies in Sweden around 1600, (Missdådare. Brott och människoöden i Sverige omkring 1600 Stockholm 2014) analyzes six different crime investigations. Fascinating in themselves, they also reveals a great deal of everyday conditions, such as people's habits, standards of right and wrong, of honor and shame.
In recent studies, the outcasts of society has come into specific focus. The monography The executioners. Life, death and shame in Swedish 1600s, Stockholm 2016 (Bödlar. Liv, död och skam i svenskt 1600-tal), placies the executioner in a social and cultural context. It is a study of social boundaries in local community and how people maintained and manifested their belonging in the local.

Show all publications by Annika Sandén at Stockholm University