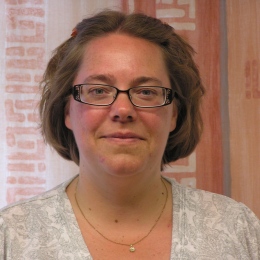 Neurodegenerative diseases like Amyotrophic lateral sclerosis (ALS), Alzheimer’s and polyglutamine diseases are characterized by the gradual loss of neurons in the central nervous system (CNS). While these disorders are distinct in their clinical manifestations, they share common pathological hallmarks like protein misfolding and aggregation, as well as oxidative stress. Using various models, in combination with molecular biology, biochemical and immunological techniques, our overall aim is to identify and characterize factors/mechanisms which contribute to protein aggregation and neurotoxicity in neurodegenerative diseases, as well as to explore molecular strategies by which these factors/mechanisms can be counteracted. We are currently working on two main research topics:

Polyglutamine (polyQ) diseases are inherited disorders caused by expansion of trinucleotide (CAG) repeats, which are translated to abnormally elongated glutamine (Q) tracts in the respective mutant proteins. To date nine polyQ diseases, including Huntington’s disease (HD) and six spinocerebellar ataxias (SCA 1, 2, 3, 6, 7, and 17) have been identified. In SCA7 the polyQ domain is located in the ATXN7 protein and due to a founder effect this disease occurs with an unusual high prevalence in Sweden. Common disease mechanism(s), where the expanded glutamine domain confers toxic gain-of-function to the respective disease proteins, has been suggested for polyQ diseases. These mechanisms include sequestration and disruption of other essential proteins, like p53, into polyQ protein aggregates. Currently we are studying how polyQ expanded ATXN7 affects the localization and function of different RNA-binding proteins (RBPs). RBPs regulate a number of essential cellular functions including transcription, mRNA splicing and stability, as well as the cellular stress response.

Abnormal accumulation of the amyloid-β (Aβ) peptide is a hallmark in Alzheimer’s disease and thought to play a key role in disease pathology. Aβ is produced by regulated intramembrane-proteolysis (RIP) of the amyloid precursor protein (APP). APP processing can occur through two pathways; the non-amyloidogenic (α-secretase) and the Aβ producing amylodiogenic (β-secretase) pathway. We are studying mechanisms/factors that regulate APP processing and are especially interested in promoting the a-secretase pathway, which will consequently decrease the Aβ production. One factor that we study is the brain enriched adaptor protein Fe65, which can directly bind to APP.

PhD Dissertations from the group