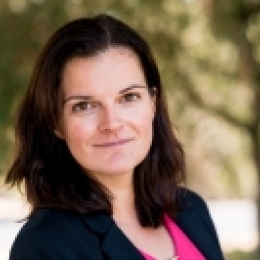 I am currently an associate professor of economic history and a  Pro Futura Scientia IX Fellow.

After studying history at the Université de Strasbourg, I received a Ph.D. in History in 2011 from Purdue University for the thesis ‘Women in Rural Society: Peasants, Patriarchy and the Local Economy in Northeast France, 1650–1789’. In 2011, I was a Max Weber Fellow at the European University Institute, Florence. Between 2011 and 2013, I held a postdoctoral fellowship at Umeå University. From 2013 to 2015, I worked as a Research Fellow at Lund University on the project ‘Marrying Cultures: Queens Consort and European Identities, 1500–1800’, funded by the Humanities in the European Research Area (HERA). In 2016, I was promoted to Associate Professor at Umeå university. I spent the academic year 2018-2019 at the Center for Advanced Study in the Behavioral Sciences at Stanford University. Since 2019, I am directing the research initiative Human Economy Lab.

My research interests range widely, from the history of justice and economics to gender and women’s history. Above all, I am deeply interested in the study of traditional communities. My publications include articles published in the Journal of Social History, The Journal of Interdisciplinary History, Financial History Review and Social Science History, among others. In 2017, I published Gender and Politics in Eighteenth-Century Sweden, a political biography of the Swedish queen Lovisa Ulrika (1720–1782). In 2018, I published a collection of essays titled Women and Credit in Preindustrial Europe available in open access and I co-edited Revisiting Gender in European History, 1400-1800.

I am currently revising a book manuscript tentatively titled Banking Before Banks, dealing with early financial markets. Additionally, I am also revisiting the concept of the moral economy in modern societies.