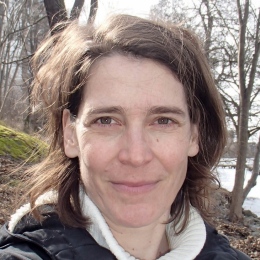 Ingrid's research centers around the sociology of work, work values, job preferences, job quality, matching in the labour market, health and well-being.
Her reserach is predominantly internationally comparative, assessing the importance of both individual, work-place and societal factors on attitudes, behaviour and health outcomes. Research is empirically and quantitatively oriented.

Esser, I. (2018). "Matching on Job Quality among Single and Couple Parents: How Institutions' Buffer through Times of Crisis across Europe", in R. Nieuwenhuis and L. C. Maldonado (eds.), The Triple Bind of Single-Parent Families. University of Bristol Policy Press.

She is also involved as a guest lecturer at the Department of Public Health Sciences.

In addition she supervises students at the doctoral, BA (C-nivå) and MA (D-nivå) levels.

Show all publications by Ingrid Esser at Stockholm University