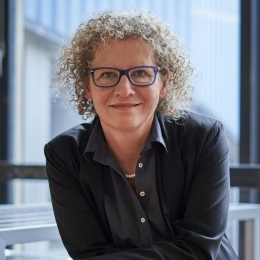 I hold the positition of Professor at the Department of Asian, Middle Eastern and Turkish Studies. I am on work leave until January 31, 2020.

Before turning towards China Studies, I studied German, history, and philosophy at Freiburg University. After a (trial) term in Sinology I extensively traveled China and Japan and decided to take up Modern Chinese Studies as my major, while Classical Chinese Studies and German Studies became my minor subjects. I continued my studies in Taibei (Taiwan Normal U, Taiwan National U), Leiden, and Heidelberg and in 1995 I received my first degree (Magister Artium) from Heidelberg University. In 1996 I returned to China on a scholarship and spent six months at the literature department of CASS (the Chinese Academy of Social Sciences) in Beijing and at Nankai University (Tianjin) to do interviews and collect material for my Ph.D. Back at the Institute for Chinese Studies at Heidelberg University I held a post as assistant lecturer. In 2001, I finished my Ph.D. in the field of modern Chinese literature and was appointed assistant professor. Two years later I decided to leave Heidelberg (with my meanwhile growing family), as well as academia, and worked instead as a free-lance journalist, translator, intercultural training coach, and scientific assistant at the Herzog-August-Library, Wolfenbüttel, and at the Georg Eckert Institute for International Textbook Research, Braunschweig. However, I was soon back in the university world; in 2005 I joined the newly established Chinese-German Intercultural Institute at Göttingen University. Here I devoted the next coming years to doing research in the field of interculturality, to designing and building up a joint Chinese-German Studies program, and to the development of teaching and learning materials. In 2010 I came to Stockholm University to take up a position as senior lecturer for Chinese Studies at the Department of Asian, Middle Eastern and Turkish Studies, and in 2016 I was promoted to professor.

In June 2001 I received my Ph.D. in Modern Chinese Studies at the Institute for Chinese Studies at Ruprecht-Karls University of Heidelberg, Germany, on the topic of “Cultural Production of the ‘City’ in Chinese Literary Criticism and Literature of the 80s and 90s.”

In October 1995, at the same institution, I finished my undergraduate studies (Master Artium) with the thesis “Discourse of Literary Criticism on Chinese ‘Women literature’ in the 80s in its Cultural Context.”

My research interests are situated in the realm of modern and contemporary Sinophone literature and culture. Among other things I am interested in historical trauma and cultural memory, cosmopolitan and vernacular dynamics in literature and literary history, literature as counter narrative to official discourse, cultures in contact, urban culture, gender, and literatures of the diaspora.

As part of a nationwide research group dealing with “Cosmopolitan and Vernacular Dynamics in World Literature” (led by Stefan Helgesson), I am identifying literary practices in Sinophone writings and how these construct cosmopolitan memory indicating a historical self-understanding that is neither exclusively attached to the nation-state nor to local experience and that gives evidence of self-transformation enabling people to reflexively rework the boundaries between Self and Other and between China and the world.

In an international project that looks into visual and literary counter-narratives that complicate the official unifying narrative to the China dream, I look at the articulation of the “Chinese dream” in the contemporary literary field and discuss how literature and the literary establishment respond to the dominant discourse.

Another project deals with history and memory in a contemporary Chinese context. Based on Jan Assmann’s concept of “cultural memory” I look into Chinese contemporary literature (e.g. Mo Yan, Yu Hua, Yan Lianke et. al.) and documentary films (Xu Xing, Hu Jie, Wu Wenguang et. al.) to find out whether and in what way visual or narrative texts do have the capacity to narrate a traumatic history and to investigate how far trauma as a concept is inscribed in those texts. The main focus is on finding out whether or not literature can help in creating a cultural/collective memory evoking a trauma-ridden past.