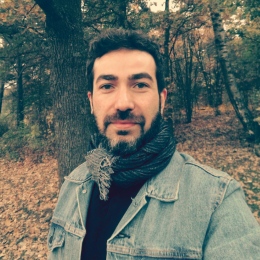 My scholarly interest mainly lies in understanding processes and practices associated with the notion of public order that involves different strategies of state control and exercise of power. How various groups and actors react to and experience the thus presence of the state in their local setting is also a central question I engage with. More specifically, I focus on policing with respect to questions as social unrest and social movements, race and ethnicity, and urban marginality. In addition, I am also interested in police work and subjectivities in the Global South. My research is informed by qualitative methods but I have also collaborated with colleagues who are specialized in quantiative methodology. I conduct research both on Sweden and on Turkey.

Policing in socially disadvantaged neighborhoods comprises a plethora of proactive strategies for purposes of order-maintenance, crime prevention and trust-building. However, research is rather divided concerning the process, implementation and outcomes of locally adjusted, proactive police practices. The question is particularly relevant in a Nordic, specifically Swedish, context, where residential segregation of disadvantaged suburban areas pose significant challenges to practitioners and scholars alike in terms of public safety and relationship with agents of law enforcement. The aim of this project is to provide a bottom-up perspective and explore how local community and neighborhood organizations frame and try to influence localized police practices in neighborhoods designated as socially disadvantaged in Stockholm. The project will draw on qualitative inquiry through interviews, primarily, and participant observation. The results of the project can expand scholarly understandings of local residents' interactions with the police, not simply as recipients and evaluators of police work, but also as actors with situated knowledge. In this respect, the project would allow thinking beyond the conceptual framework of legitimacy and procedural justice, and offer critical reflections over notions as community power and engagement. The project is financed by NSfK.

(2016) Popular uprisings in Turkey: Police culpability and constraints on dialogue-oriented policing in Gezi Park and beyond (with Donatella della Porta), European Journal of Criminology 13 (5): 610-625 (special issue)