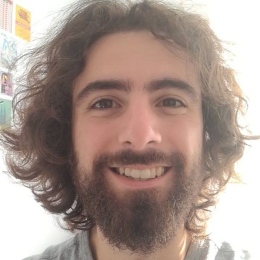 At the Department of Astronomy, we use observations from optical to radio wavelengths combined with modelling to understand how galaxies were formed and evolve. 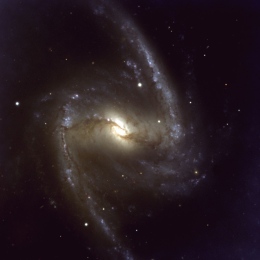 I am a PhD candidate in the Astronomy Department of Stockholm University.
I work as a researcher in the group that investigates how the galaxies in our Universe have formed and evolve during the cosmic time.

My supervisor is Angela Adamo, a world-renown researcher and professor who has access to observations of galaxies taken with state-of-the-art telescopes, both ground-based as well as in space. We analyse and interpret the data of galaxies and their structures to study star-formation and to understand how the young stars can regulate the evolution of their host galaxies.
I am also interested in supermassive black holes, in the centre of some galaxies, which can generate outflows and suppress star-formation.

I believe that Artificial Intelligence and Machine Learning will play a larger and larger role in the future of Science and the Industry, due to the availability of large data sets. As part of my research I am building expertise in this new promising field, training algorithms to learn from big data.
A large part of my work with data consists in writing code using Python and its scientific and data-visualization libraries such as numpy and matplotlib. You can find some of my codes at my GitHub profile.

Show all publications by Mattia Sirressi at Stockholm University

At the Department of Astronomy, we use observations from optical to radio wavelengths combined with modelling to understand how galaxies were formed and evolve.