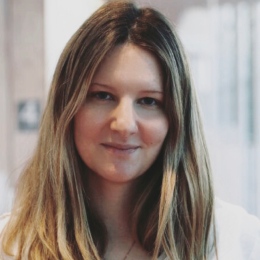 Researcher at the Criminology department at SU

Advisory board member at the Journal of Modern Slavery https://slavefreetoday.org

Human Trafficking and the Sex Trade

Human Trafficking in a Global Context

Guest lecturing within other DIS departments:

Migration and Public Health (Department of Medical Practice and Policy),

Human Trafficking in a Global Context (Department of Justice and Human Rights).

The University of Sydney | Department of Sociology and Social Policy (2015-2019):

This is a comparative case study, which seeks to investigate help-seeking behaviour among the male and female victims of human trafficking in Sweden and Finland. Using the post-trafficking assistance model as an analytical framework, this study aims to uncover factors that enable or impede help-seeking behaviour among trafficked victims, as well as to identify the gaps in existing assistance mechanisms in the two countries. Through ethnographic methods, combining insights from sociology, medical anthropology and criminology, this study attempts to gather detailed qualitative data to examine the help-seeking behaviour of trafficked victims. This study is grounded in the constructionist tradition, whereby it attempts to examine the existing assistance and care mechanisms and the actual needs of victims through an interactional lens. It then attempts to identify the role these factors play in the help-seeking behaviour of trafficked victims. In analysing the empirical data, I will build on an interactional approach to victimhood, and draw from theories regarding the hierarchy of victimhood, the concept of the ideal victim and notions of gender (including the sociology of femininity and masculinity).

Timeframe: one year, from autumn 2021 until autumn 2022. Financed by the Nordic Research Council for Criminology (NSfK).

Smiragina-Ingelstrom, P. (2020). Human Trafficking of Men: A Gendered Perspective on Victimhood. The University of Sydney.

(...) of trafficked victims: a case study of Finland and Sweden