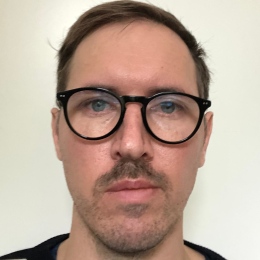 I am a Swedish Research Council Internationl postdoc in Latin working on a project called "Charting the network: Ovid’s Metamorphoses and medieval commentary culture from the monasteries to the Italian humanists". I am based here at the Department of Romance Studies and Classics and at the Centre for Medieval Literature (CML) at the University of Southern Denmark (Odense).

In November 2016 I denfended my PhD thesis "The Metamorphoses of Education: Ovid in the Twelfth-Century Schoolroom", which contains an edition and translation of the manuscript cml 4610 (Bayerische Staatsbibliothek).

My current project studies commentary culture as it is expressed in the medieval reception of Ovid. By combining the focus on details, language and the material conditions of the text from textual studies and literary scholarship with readings of Ovid’s Metamorphoses and the medieval texts the project will create a new path to the understanding of both medieval commentary culture and the reception of Ovid. The project draws on newly published results by international scholars as well as the applicants own previous work and will be launched at a time where research results and resources can lead to a potentially ground breaking study of a poorly understood, but culturally significant topic, which from a diachronic perspective touches upon reception of literature, teaching and learning, and different epistemic systems.
The project will be carried out as a solo project during three years. In three case studies the project will cover a wide range of texts from four centuries.

Show all publications by Robin Wahlsten Böckerman at Stockholm University