The extinction of prehistoric megafauna like the woolly mammoth, cave lion, and woolly rhinoceros at the end of the last ice age has often been attributed to the spread of early humans across the globe. Although overhunting led to the demise of some species, a study appearing August 13 in the journal Current Biology found that the extinction of the woolly rhinoceros may have had a different cause: climate change. 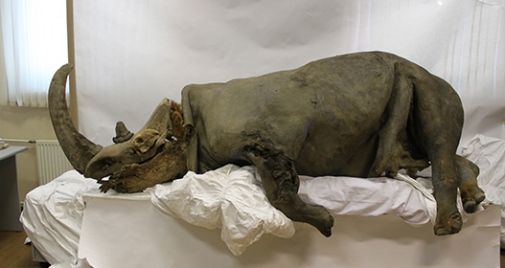 By sequencing ancient DNA from 14 of these megaherbivores, researchers found that the woolly rhinoceros population remained stable and diverse until only a few thousand years before it disappeared from Siberia, when temperatures likely rose too high for the cold-adapted species.

“It was initially thought that humans appeared in northeastern Siberia fourteen or fifteen thousand years ago, around when the woolly rhinoceros went extinct. But recently, there have been several discoveries of much older human occupation sites, the most famous of which is around thirty thousand years old,” says senior author Love Dalén, a professor of evolutionary genetics at the Centre for Palaeogenetics, a joint venture between Stockholm University and the Swedish Museum of Natural History. “So, the decline towards extinction of the woolly rhinoceros doesn’t coincide so much with the first appearance of humans in the region. If anything, we actually see something looking a bit like an increase in population size during this period.”

Sequenced genomes to look back in time

To learn about the size and stability of the woolly rhinoceros population in Siberia, the researchers studied the DNA from tissue, bone, and hair samples of 14 individuals.

“We sequenced a complete nuclear genome to look back in time and estimate population sizes, and we also sequenced fourteen mitochondrial genomes to estimate the female effective population sizes,” says co-first author Edana Lord, a PhD student at the Centre for Palaeogenetics. 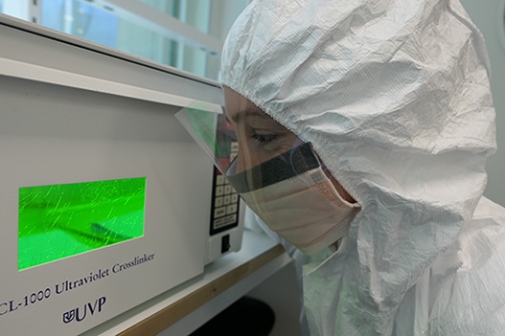 By looking at the heterozygosity, or genetic diversity, of these genomes, the researchers were able to estimate the woolly rhino populations for tens of thousands of years before their extinction.

This stability lasted until well after humans began living in Siberia, contrasting the declines that would be expected if the woolly rhinos went extinct due to hunting.

"That’s the interesting thing,” says Lord. “We actually don’t see a decrease in population size after 29,000 years ago. The data we looked at only goes up to 18,500 years ago, which is approximately 4,500 years before their extinction, so it implies that they declined sometime in that gap.”

The DNA data also revealed genetic mutations that helped the woolly rhinoceros adapt to colder weather. One of these mutations, a type of receptor in the skin for sensing warm and cold temperatures, has also been found in woolly mammoths. Adaptations like this suggest the woolly rhinoceros, which was particularly suited to the frigid northeast Siberian climate, may have declined due to the heat of a brief warming period, known as the Bølling–Allerød interstadial, that coincided with their extinction towards the end of the last ice age.

“We’re coming away from the idea of humans taking over everything as soon as they come into an environment, and instead elucidating the role of climate in megafaunal extinctions,” says Lord. “Although we can’t rule out human involvement, we suggest that the woolly rhinoceros’ extinction was more likely related to climate.”

How were different animals affected?

The researchers hope to study the DNA of additional woolly rhinoceroses that lived in that crucial 4,500-year gap between the last genome they sequenced and their extinction.

“What we want to do now is to try to get more genome sequences from rhinos that are between eighteen and fourteen thousand years old, because at some point, surely they must decline,” says Dalén.

The researchers are also looking at other cold-adapted megafauna to see what further effects the warming, unstable climate had. “We know the climate changed a lot, but the question is: how much were different animals affected, and what do they have in common?”

The article Pre-extinction demographic stability and genomic signatures of adaptation in the woolly rhinoceros is published in the scientific journal Current Biology.

This work was supported by FORMAS, the Swiss National Science Foundation, the Carl Tryggers Foundation, the European Research Council Consolidator Award, and the Knut and Alice Wallenberg Foundation.