Arctic Avenue to boost strategic cooperation between Stockholm and Helsinki

The University of Helsinki and Stockholm University have a strategic partnership since 2014 with a focus on Baltic Sea Research. To boost already existing excellent cooperation, the two universities have decided to launch a new research spearhead in Arctic research called Arctic Avenue. 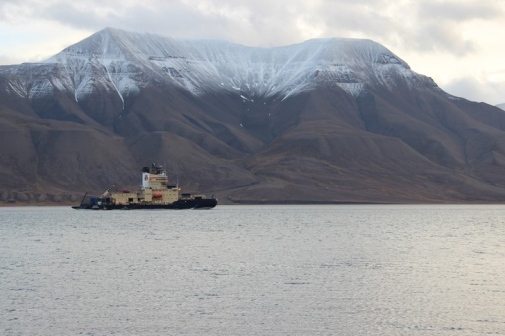 Arctic Avenue will be led by Associate Professor Nina Kirchner at Stockholm University and Professor Atte Korhola at the University of Helsinki. The project is funded with a total of €600.000, split evenly between the two universities.

Currently, the Arctic is undergoing unprecedented warming. This will have consequences for humans and the natural environment locally, but has widespread implications also globally. For instance, the recent major changes in the Arctic may have contributed to the extreme weather events in many parts of the World. Such changes will have far-reaching implications: they may threaten global food production, for example.

-  We take great pride in the strong multidisciplinary research on the Arctic that both universities carry out to tackle climate change, vice president Clas Hättestrand at Stockholm University and vice rector Hanna Snellman at the University of Helsinki said.

- By joining forces, we are able to create an attractive hub for Arctic research with cutting-edge research that connects different disciplines and units at both universities.

Both universities have also excellent research infrastructure, including Arctic research stations. One goal of Arctic Avenue is to make these stations into international platforms for high-impact Arctic research.

- Arctic Avenue will support our expertise to reach the absolute top international level. We will get a more comprehensive understanding of the factors and processes that are involved in a changing Arctic. This will enable us to draft forecasts for the future as well, Atte Korhola, the leader of the University of Helsinki group, said.

- Our collaboration also recognizes that each partner contributes with different strengths and expertise. Combining them in a complementary way is central to achieving a better understanding of the changing Arctic. It also creates a thriving scientific environment in which young researchers can grow and be supported by Arctic Avenue, Nina Kirchner, the leader of the Stockholm University group, added.