Why do privileged families not follow experts’ advice on screen time anymore?

In a new study from Stockholm University and several US universities, the researchers found that children in the US aged 9-13 from different social classes spent roughly the same number of hours in front of a screen, on average. However, there were class differences in how the children spent their screen time and in parenting rules related to digital technology use.

Despite the dramatic change in the digital landscape and the nature of technology use over the last decade, the American Academy of Pediatrics still recommended one to two hours of screen time per day at the time the new study was initiated in 2014, at the same time as schools were sending tablets and computers to the homes for children to do their homework on them. Stefanie Möllborn, researcher in sociological demography at Stockholm University, decided to explore this further together with colleagues at University of Colorado Boulder, Midwestern State University and University of Michigan.

“So, in this situation where the medical advice is still old school but digital technology has changed so fast – what is happening around social class? I think one of the most important results in our study is that there is not a substantial class difference regarding time on screens anymore in the United States”, says Stefanie Möllborn, first author of the new study that was recently published in Journal of Marriage and Family. 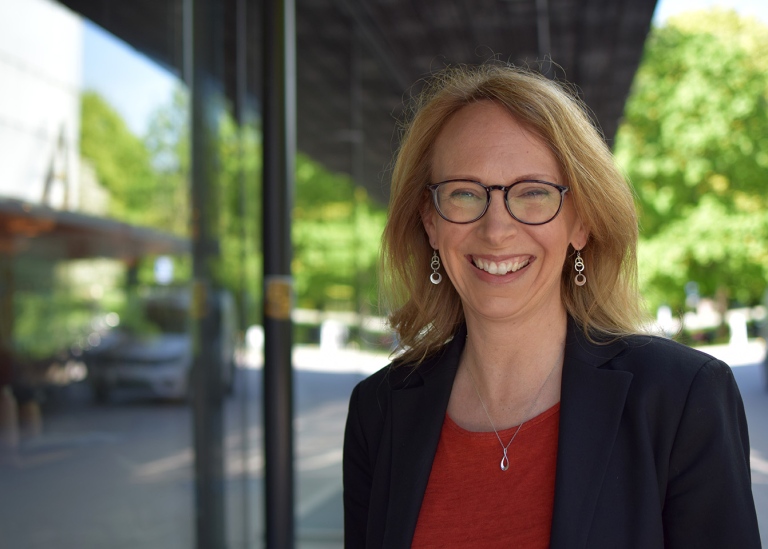 Differences in class in how children used their screen time

According to the data, children from different social classes in the US spend roughly the same amount of screen time – about 28 hours a week – twice the maximum pediatric recommendation of two hours per day.

However, when the researchers started to go into the details of the data, they discovered other differences in class. Children whose parents had at least a university Bachelor’s degree spent more of their screen time doing homework or playing video games, for example Minecraft, compared to children from the other groups who spent approximately four to six hours more per week watching TV. Children with highly educated parents also had greater access to digital devices in the home.

“My parents used to say, ‘TV will turn your brain to mush.’ But you can’t necessarily say that about a computer coding task or doing your homework on a tablet. Technology is not any longer only entertainment; it has so many more purposes. Some of these purposes are clearly educational and some of them are clearly entertainment focused. For example, Minecraft, the most popular game the kids were playing, is pretty educational.”

Privileged families did not trust the experts' advice

Previously, there was a strong correlation between higher class and adhering to expert recommendations. So why did socioeconomically advantaged parents not follow pediatricians’ advice on children’s screen time anymore? In the interviews, they said they did not trust the experts on this issue.

“They felt that the guidelines were non-existent or unrealistic. This is why they more or less ignored them,” says Stefanie Möllborn.

Instead, the majority of parents interviewed preferred to make their own customized solutions to what they believed was the best for their child, thus applying an individualistic parenting style.

The survey asked questions about parenting rules around children’s screen time. In all groups, many parents said they set these rules. But there was a difference in class:

“Something that was really interesting was that there was an option that said, ‘We have rules but the child makes their own choices,’ and that option was much more prevalent among the group with higher socioeconomic status. This is also something we saw in our qualitative data, and I think it explains part of the high technology use in this group,” says Stefanie Möllborn.

In the qualitative data, the researchers found that parents were ambivalent toward their children’s digital technology use.

“They did not know how to handle the kids’ technology use and felt confused in their parenting role. At the same time, they also felt if they wanted to raise the next Mark Zuckerberg, they thought you should let them play videogames, but very specific things,” says Stefanie Möllborn.

Stefanie Möllborn believes this could be part of the reason why relatively more parents in the advantaged group chose the option ‘We have rules but the child makes their own choices’ in the survey.

By the end of the time the study’s data was conducted, in 2016, The American Academy of Pediatrics changed their recommendations to read, “In this new era evidence regarding healthy media use does not support a one size does fit all approach as media use is both beneficial and risky.” Instead of recommending 1-2 hours of screen time per day, the new guidelines encouraged parents and pediatricians to collaborate and create a personalized family media plan for each child.

“Throughout history this has happened before, at least in the US, that pediatric guidelines have changed to match what privileged families are doing. So now we are back to where it was, that medical guidelines fell aligned with the practices. To me that was fascinating,” says Stefanie Möllborn.

How the study was conducted

The researchers used data from the national survey US Panel Study of Income Dynamics from 2014-2016, including 427 children. Doing homework on a digital device, videogaming, communication, surfing, social media and listening to music were all considered technology use. TV content was identified as watching TV on any device including from a tablet or phone.