The observable universe is built of particles. You will study the different types of particles that exist in nature and see how they interact with each other via three fundamental forces. The course includes new and important results from research which is going on right including the discovery and study of the Higgs particle. 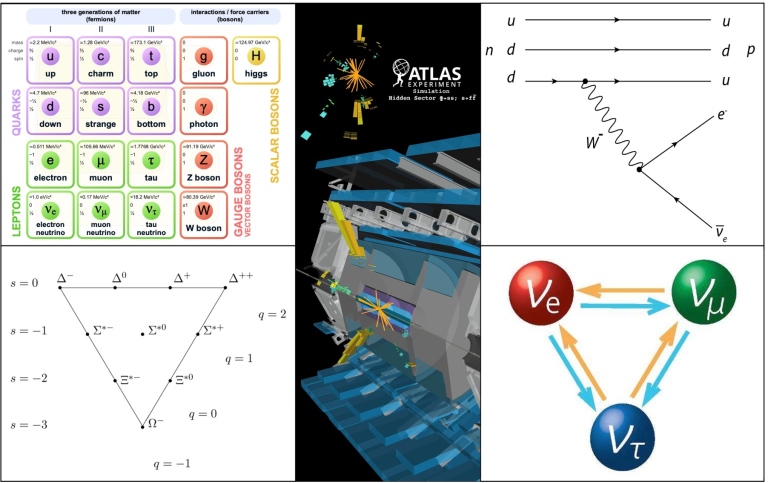 In this course you will learn about nature’s building blocks – quarks and leptons. You will see how they interact through the weak, electromagnetic and strong forces via the exchange of boson. Quarks are mysterious particles which have never been directly observed but which we believe exist in so-called hadrons like protons and neutrons. You will learn evidence for the existence of quarks. The course also includes experimental methods which are used in particle physics research. You will learn how particle accelerators and detectors work and how they are used to make discoveries such as that of the Higgs particle. The Higgs particle was the missing piece in the so-called Standard Model of particle physics which describes everything we know about the particles in nature and their properties. Observing the Higgs particle means that we understand why particles have masses.