The Institute for International Economic Studies (IIES) is a research institute at Stockholm University. Founded in 1962, it has become one of the leading institutions in Europe in advanced research in economics, broadly defined.

The mission of the IIES condenses the three broad goals of Stockholm University at a top level: to train PhD economists, conduct cutting-edge research, and actively engage in high-level public policy discussions in Sweden and beyond.

The three aims of the IIES are tightly interconnected. For the training of future PhDs and for ensuring that any policy advice is updated and based on sound empirical and theoretical grounds, an ongoing close engagement with the international research frontier is necessary. To this end, the IIES researchers themselves engage in research projects aimed at broad international impact.

The PhD students based at the IIES are an integral part of its research environment. A defining feature of the PhD training, which is part of a Stockholm-wide program involving other institutions, is to encourage the students to take on ambitious and challenging questions of broad value to society. Upon graduation, IIES’s students go on to tenure-track jobs at universities worldwide or positions in government and other organizations. The list of leading Swedish decision makers with an IIES background is long.

The IIES has a global aim with its research. However, its international profile is broader than that. A significant fraction of the faculty as well as PhD students, along with visiting seminar speakers and researchers, come from a wide variety of countries. The working language at the IIES is English.

The IIES was founded in 1962 in connection with the appointment of a personal research professorship in international economics for Gunnar Myrdal (1898-1987).

The Institute was established as an academic research institute with the primary aim to encourage "purely theoretical and methodical studies and empirical research without regard to prospects of immediate practical and political application of the studies undertaken". An objective that has been amended over the years, since over the decades, IIES researchers have been as prominent in the policy debate (and even policy making) as they have been in pure research.

In the early years the IIES was housed at Wenner-Gren Center on Sveavägen, only to relocate to our current premises in Södra huset in 1970.Gunnar Myrdal headed the Institute from 1962 until 1967 and received the Sveriges Riksbank Prize in Economic Sciences in Memory of Alfred Nobel in 1974. To the general public, Myrdal is probably the best-known Swedish economist of the 20th century having had a large influence on a whole generation of prominent economists in Sweden.

In 1971, Assar Lindbeck (1930-2020) took over Myrdal’s professorship in international economics as well as the position of director of the Institute. Lindbeck was instrumental in building the international research institute the IIES is today. He wanted the IIES to function as a "nursery" for future prominent economists, where working in a "strong research environment" would give "research talents the chance to flourish". He recruited both Swedish and international researchers and graduate students and organized the IIES Seminar Series (which still manages to attract international economic talent to hold seminars as well as stay for longer visits) in order to import competence and raise the level of ambition at the IIES.

Publishing research in internationally renowned economic journals became an important part of the IIES. This would guarantee that our research activities were subjected to international scrutiny and ensure that the IIES worked at the international research frontier as well as contributed to gradually shifting this frontier. As Lindbeck said; "This is the best way of avoiding mediocre or even bad research. Bad research is worse than no research at all".

Lindbeck also believed that researchers have an obligation to inform society of what they have learnt and to participate in the public debate. Several researchers at the IIES publish books and papers of a popular scientific nature, are frequently cited in the media and many of them also serve in advising public authorities on economic-policy issues.

Each year, the IIES publishes an Annual Report with information on activities during the previous year.

From 2020, the Annual Report spans one calendar year rather than one academic year. From 2018/2019 the report has undergone a complete reworking, especially design and layout, but also some of the chapters and the information contained in them, have been revised.

Some of the more recent Annual Reports can be downloaded below.

If you would like a hard copy or have any questions regarding the reports, contact Hanna Weitz: hanna.weitz@iies.su.se.

The Institute for International Economic Studies (IIES) aims for a more sustainable environment according to ISO 14001 and shall continuously evaluate our working methods and our choices based on their environmental impact.

The groundwork is laid by:

Suggestions for improvement and environmental non-conformances can be reported here.

Alternatively you can contact our environmental representative, Tove Happonen: tove.happonen@iies.su.se

Do you have questions about our environmental work? Contact our Environmental Representative: 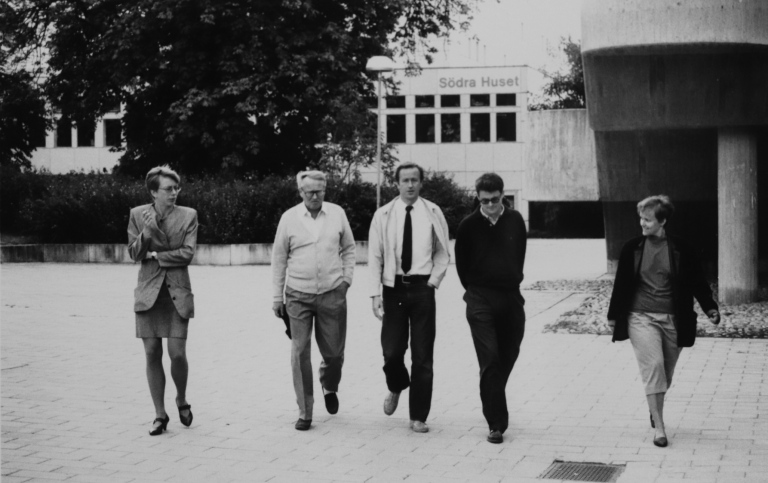