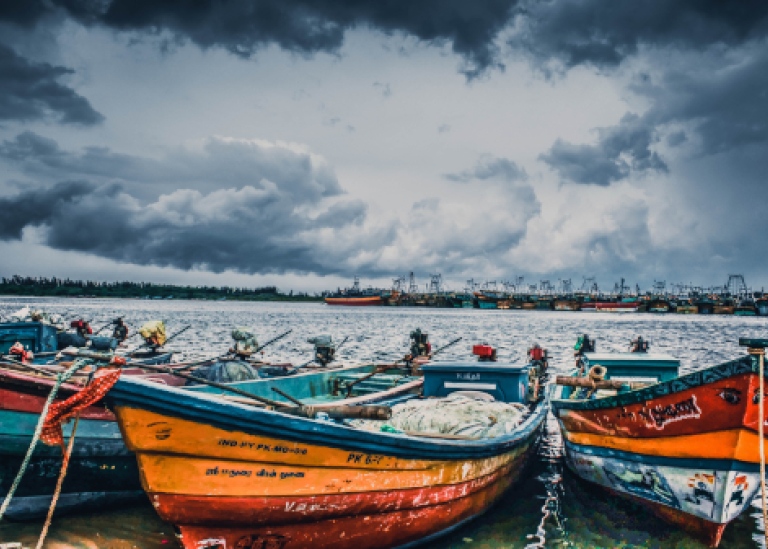 Water is the most precious substance on the Earth and thus it is important to know how it moves around and is recycled. This knowledge will be useful to formulate educated future strategies about water usage in society and also to understand the near-surface salinity contrasts in the world ocean. In this thesis, water movement around the globe, known also as the hydrological or water cycle, have been traced regardless of in which phase the water is. Water is always on the move through space and in time and thus to reduce the dimensionality and complexity of the system, a stream-function approach was applied to gain a better understanding of the processes that govern the water cycle. The present work provides a unique picture of the complete hydrological cycle and how the water circulation in the atmosphere and ocean is connected at the surface by evaporation and precipitation. In addition, emphasize was given to track and understand the atmospheric part of the water circulation, which was accomplished using an Eulerian and a novel Lagrangian framework.

The first half of the thesis was focused on making use of a water-mass conservation equation for the atmosphere derived by computing the rate of change of the water-mass content inside a grid box and water transport through its faces. The vertical water transport calculated from this conservation equation thus not only consist of vertical advection of the water vapor, but also includes the evaporation and precipitation. This Eulerian methodology and the overturning stream function diagnostic was then used to present average atmospheric water circulation pathways along with their oceanic counterparts in a meridional-vertical coordinate system. Six coupled atmosphere-ocean water cells were discovered, which show the redistribution of the freshwater in the climate system. A warmer-climate scenario indicates a strengthening of these cells, which implies that the wet regions will be wetter and dry regions will get drier. In addition, atmospheric water transport from the Atlantic to the Pacific Ocean was computed from a Lagrangian perspective. The results shows that westerly winds, which prevail in the mid-latitudes and flow across Afro-Eurasia, actually contribute about 60% of the total Atlantic-to-Pacific atmospheric water transport, significantly more than previously thought.