It is nothing like a dream to create the future. Utopia today, flesh and blood tomorrow.

Utopia is not a kind of free imagination. Utopia is a matter of the innermost urgency. You are forced to imagine it, it is the only way out, and this is what we need today.
(Slavoj Žižek)

The utopia for which I yearn takes place now, in the interstices of present interactions, in glancing moments of possibly better ways to be together as human beings.
(Jill Dolan)

These quotes represent the main accesses to the concept of utopia that are relevant to both performance practices and critical discourse. While Hugo points to an imaginary future, a vision that will be materialized soon, Žižek argues from the point of view of crisis. And Dolan adds aspects of communality to the idea of utopia. Theatre and performance engage in proposing such utopian visions as a remedy, as a critical stance in times of crisis, as an imaginary flight from straight realisms, as practiced performativities potentially materializing different futures.

For the 2021 Assicuation of Nordic Theatre Scholars (ANTS) conference we invite contributions which investigate all utopian aspects that demonstrate the relevance and also the urge to practice, discuss, rethink and envision theatre and performance in manifold ways. The Theatre and Dance Department at Stockholm University celebrates its 75th anniversary in 2021. With the proposed theme, we also celebrate the Utopian spirit of its foundation and its future.

The theme for the conference: Utopia and Performance 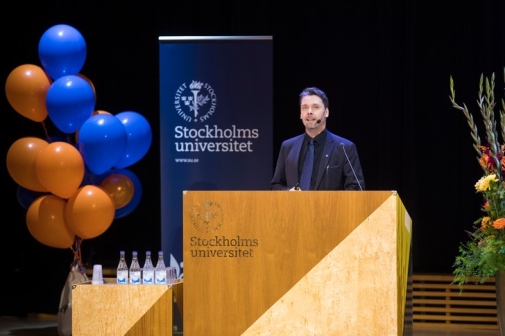 The term ‘utopia’ was coined and mainstreamed through the reception of Thomas More’s 1516 book Utopia in which he proposes a utopian concept of an ideal society located on a fictional remote island, and in this way, he disguises his critique of the English society of his time. In his book, More provides an etymology of the term deriving from the Greek u-topia, which means ‘non-place’. English pronunciation relates it to another Greek term, eu-topia, the ‘good place’. This has led to a general understanding of ‘utopia’ as a positive imaginary space in contrast to ‘dystopia’ as a disastrous setting, whereas the original meaning involves no judgement on the quality of the utopia. With the Enlightenment’s deliberate striving for the betterment of society, utopianism became associated with revolutionary thinking: Utopia was simultaneously located at the dawn of humanity and in the foreseeable future, almost within reach. In our days, a more critical discourse points to the ambivalence of the term: spelling out the dreamlike potential of good living as well as the danger of utopianism authorizing ideological powerplay and repressive political actions. Through dystopianism a more nuanced and critical understanding of what utopia can be is developed. Scott C. Knowles suggests that dystopia “rather becomes [the] limit case” to utopia. And Joni Hyvönen even states that dystopia becomes “a counter image to the present”, constituting a nightmare with a hope for change. Therefore, “dystopia provides optimism on the sly.”

In many cultural traditions and narratives, utopian spaces offer a potential escape from a hard life in the here and now: Arcadia, the biblical Garden of Eden, the German Schlaraffenland, even the Swedish idea of the folkhemmet could be considered here. All these ideal spaces have been shaped and communicated to offer hope of a place where one will be able to return in an afterlife or when acquiring another state of being.

More recently, performance scholars have, from a spatial concept of utopian theatre, developed more politically engaged concepts of utopian performance, building on such thinkers as Ernst Bloch and Richard Dryer. Jill Dolan’s Utopia in Performance (2005) and José Esteban Muñoz’ Cruising Utopia (2009) have been very influential within this field. Dolan situates the ‘utopian performative’ in the experience of communitas emerging from the encounter between performers and spectators that “lets them imagine a different, putatively better future”. These performance acts thus ‘rehearse’ a social utopian goal and foster its materialization. Writing as a self-identifying queer person of colour, Muñoz spells out a potentiality of performance that is utopian per se. The present performance reaches back into a past while opening a potential vision for the future, therefore suspending the performative act in the ‘not-yet-conscious’ (Bloch). Performance hence offers a utopian time outside the heteronormative, or as Muñoz has it, straight time, which involves alternative realities, utopian concepts of living. Both authors propose concepts and perspectives that allow us to envision and discuss theatre and performance in terms of utopian thinking. In times of crisis, such as ours, theatre and performance offer hope and meaning and provide us with relevant critical acts that allow us to envision and perform social utopias, climate utopias and even health utopias. Theatre and performance dwell between the realms of ‘dreaming’ (Hugo) and forced critical agency (Žižek). The conference sets out to investigate the utopian potentials of this in-between position.

Submit your paper for the conference