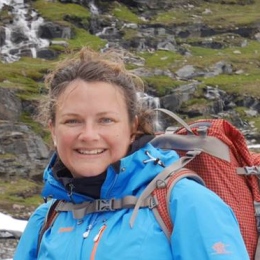 Alison Klevnäs has been affiliated with the Department of Archaeology and Classical Studies at Stockholm University since 2012, first as a postdoctoral researcher, then as a fixed-term senior lecturer and researcher. From 2020-2021 she  co-ordinated the theme 'Digital Humanities' in the Humanities Faculty interdisciplinary Doctoral School in the Humanities.

She completed her PhD at the University of Cambridge in 2010, investigating Merovingian-period grave disturbance in northern and western Europe, with the main case study in Anglo-Saxon England. This was published as a monograph in 2013 in the British Archaeological Reports (BAR) International Series.