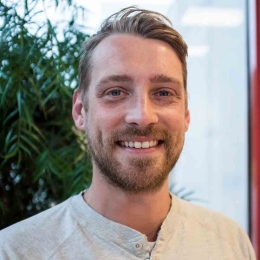 Benjamin’s research is primarily focused on seagrass ecosystems and their associated fisheries. His PhD investigates the linkages between biodiversity and people using seagrass meadows as a model social-ecological system. He’s interested in these linkages more broadly to provide evidence for policy change across the Indo-Pacific that gives priority to seagrass meadows for the services they provide to people (e.g. livelihoods & food security), but also for measures that contribute to sustainable development (poverty reduction). Ben has been working with seagrass ecosystems for over 7 years and conducted seagrass associated research in Indonesia, Malaysia, Sri Lanka, Myanmar, Cambodia, Thailand, Tanzania, Mozambique, Mauritius, Mexico and the United Kingdom.

His work also incorporates the conservation concerns of small-scale seagrass fisheries more broadly, including the by-catch (in terms of fish) implications of some fishing strategies and issues associated to destructive gear use (e.g. mosquito net fisheries).

Ben’s work has been featured in various popular science and public news media channels such as the BBC and National Geographic and he regularily contributes to The Conversation.

Ben is also a coordinating member of the Indo-Pacific Seagrass Network (IPSN).

Ben is a co-developer of SeagrassSpotter, an entry-level citizen science project. Established in 2016 in the UK, the project uses a smartphone app and website database as its platform and facilitates a participants’ ability to spot seagrass and upload geo-tagged photographs that include information about seagrass presence, condition and whether people are using it in any way (e.g. fishing). Expanding across Europe in late 2016, and Globally in 2018, the project has accumulated over 3000 sightings from nearly 100 countries and engaged over 2000 users.

Ben obtained a B.Sc. in Marine Biology at Swansea University where he went on to obtain an M.Res. in Aquatic Ecology and Conservation. His master's thesis focused on the role of seagrasses as indicators of change in the British Isles where multiple characteristics were used to assess how seagrasses responded to varying degrees of anthropogenic stress. The publication that followed was featured in the News at a glance section of Science.

During his masters, he co-founded the marine conservation charity Project Seagrass. Project Seagrass aims to conserve seagrass ecosystems through education, influence, research, and action. As director, he focuses on working to enhance understanding of the importance of seagrass using creative design to communicate scientific research to the wider public, as well as communicating this directly through workshops and events.

Ben’s previous work has focused on examining the factors that affect seagrass growth and he was involved with the Zostera Experimental Network (ZEN) to examine these factors. Other experience lies within the use of Baited Remote Underwater Video (BRUV) to assess fish abundance and diversity across multiple habitats in the Indian Ocean. Since 2015, his work has focused on how seagrass meadows provide food security.

More recently, Ben has been involved as a technical expert in development of The Dugong and Seagrass Research Toolkit (developed in collaboration by Total, Total Abu Al Bukhoosh, the Environment – Agency Abu Dhabi and the Convention on Migratory Species Dugong MOU; http://www.conservation.tools) and as a scientific advisor in the development of BBC’s landmark series Blue Planet 2.

Contributing Author to United Nations Environment Programme (2020). Out of the blue: The value of seagrasses to the environment and to people. UNEP, Nairobi.

Cullen-Unsworth, L.C., Jones, B.L., Lilley, R. and Unsworth, R.K.F. (2018). Secret gardens under the sea: What are seagrass meadows and why are they important? Frontiers for Young Minds 6(2).