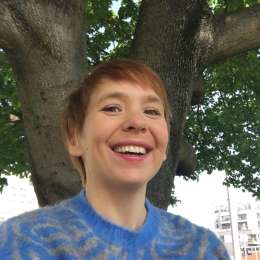 Welcome to my page at Stockholm University! As a researcher at the Department of Political Science, I am interested in the evolving role of sanctions and other institutionalized forms of punishment in (re)shaping international politics. The fundamental question guiding my work is whether and how it matters for international politics whom the sender of a sanction is. Arguing for a 'relational' understanding of sanctions, I analyse the different legitimacy bases of traditional out-group sanctions used in foreign policy and the more novel in-group sanctions used by regional organizations against their own members.

My postdoctoral project "Varieties of Punishment - Regional Sanctions in Theory and Practice" is funded by the Swedish Research Council's International Postdoctoral Program. In this project, I seek to explain why the European Union, the African Union, the Association of Southeast Asian Nations, and the League of Arab States have developed diverging approaches to the use of sanctions against their own members.

I received my PhD in December 2012 from the European University Institute in Florence, Italy (supervisor: Professor Friedrich Kratochwil). Thereafter, I spent three years as an associated fellow at the research college KFG 'The Transformative Power of Europe', Freie Universität Berlin (Directors: Professor Tanja A. Börzel and Professor Thomas Risse). I have three children, born 2013, 2015, and 2017.

2014: Regional Organizations and Sanctions Against Members: Explaining the Different Trajectories of the African Union, the League of Arab States, and the Association of Southeast Asian Nations. KFG Working Paper No 59, January 2014, Free University of Berlin. Available in full text at: http://www.polsoz.fu-berlin.de/en/v/transformeurope/publications/working_paper/wp/wp59/index.html

2012: Creating 'the Self' by Outlawing 'the Other'? EU foreign policy sanctions and the quest for credibility. EUI PhD theses; Department of Political and Social Sciences Florence : European University Institute, defended 10 December 2012. Available in full text at: http://hdl.handle.net/1814/25199