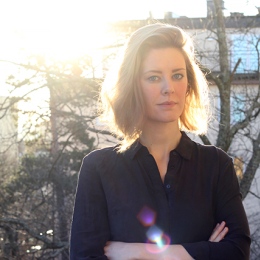 My research explores photojournalistic practices by investigating how spaces of (forced) migration, as well as the people and objects moving in and across them, appeared in Swedish newspapers in 2015. Employing Arendt’s notion of appearance in terms of both photojournalists in spaces of (forced) migration and others who are moving in and across these spaces, the results indicate that photojournalism, as a space of appearance, potentially stretches beyond the moment of photography. The findings further show that photojournalism practices do not only visualise events of (forced) migration, but they facilitate the appearance of, and encounters with, people in flight. The event of photojournalism offers a space which recognises fleeing as an action. By appearing in photographs, people in flight regain part of the spontaneity that they have been deprived of as stateless individuals, giving them an opportunity to reappear before others as subjects of rights. The thesis concludes that photographs should not merely be construed as representations, but rather as presentations anew, with people’s appearance in photographs being testimony to their ability to self-present.