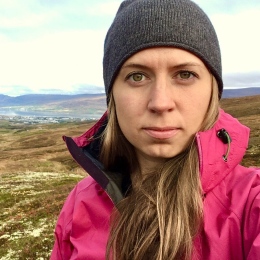 My research targets the environmental impacts from historical mining, especially in northern Sweden. With a background in hydrology, I mainly investigate long-term metal pollution of surface water and the associated spreading and retention processes in colder climates. This is part of a broader research field examining multiple pressures on Arctic landscapes and societies and I am funded through the interdisciplinary framework of Resource Extraction and Sustainable Arctic Communities (REXSAC).