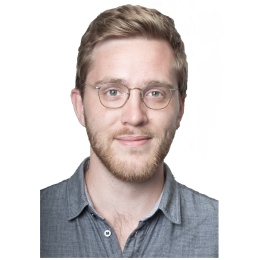 Simon Johansson joined the department in 2014. He holds a MSc in anthropology with a focus on urban agriculture and sustainable food retail in Stockholm, as well as BSc in political science and history. In addition to being a researcher and a teacher, Simon serves as the department's international coordinator and guidance counselor. In the past, he has also served as the Environmental ombudsman and union representative.

In June 2022 Simon defended his PhD thesis titled Comeback Detroit: The return of whites and wealth to Black city. The thesis examines contemporary urban trends in America, focusing on the generation of white millennials who are migrating to Black inner cities and how such migrations come to be understood, anticipated and designed. A central argument is that the comeback of Detroit is not about attracting jobs and industry, but about attracting people who are younger, wealthier and better educated than those who live there now. Although this strategy was successful at improving the central city's land values and tax base, it also aggravated urban inequalities along race and class lines, giving rise to social tensions that became articulated and addressed throughout the city in a multitude of ways.

Simon’s interest lies in understanding urban life and urban change. He is particularly interested in those things that are emerging, developing and on the horizon of tomorrow. He has been a visiting professor at the school of urban design and planning at HafenCity University Hamburg, and a guest speaker at Nordregio and the fair for infrastructure and municipal technology.

Simon Johansson's next research project - Coproducing the city - examines the increasing use of web 3.0 services and citizen reporting application, technonologies that enable citizens to become coproducers of urban infrastructures and service provisions. Using Stockholm as a case study, the research explores how coproduction can change both the citizens relation to their city, and the city's relation to the citizen, and what this means for future urban life.